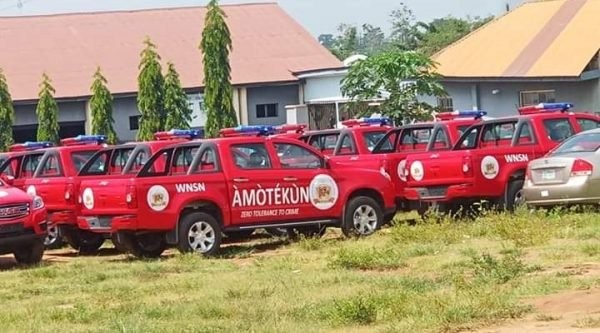 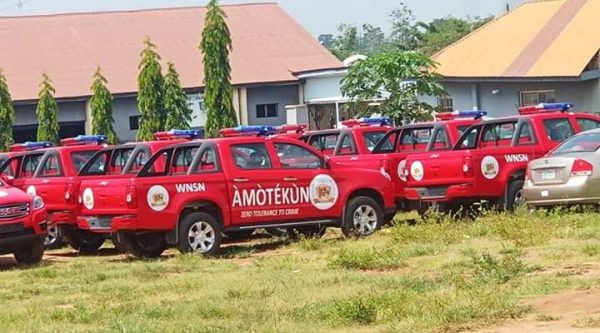 Members of the hunters’ association rejected the proposed N13,500 monthly payment for personnel of the outfit.

The hunters also called on the initiators to organize a parley where all the personnel would meet to identify themselves.

But reacting, the Ondo State Government said the six South-West states have not agreed on remuneration for the personnel.

This came on a day the Nigerian Bar Association, NBA, in Ado Ekiti, threw its weight behind the outfit, saying the South-West governors acted in consonance with the spirit and letters of the 1999 constitution.

Speaking through its National President, Oba Nureni Anabi, the hunters who would be active members of Amotekun said the motive for setting up the outfit would be counter-productive if the personnel didn’t know themselves.

Anabi said the six states, which formed the outfit should reconsider the meager salary of N13,500 to be paid to the members of the outfit.

Anabi said: “We are happy at the proactive move of our governors. They have shown good leadership qualities by launching the Amotekun security outfit. Now, we can sleep with our two eyes closed.

“We, the Soludero Hunters Association, will do our best to ensure that the outfit remains.
“Having launched the outfit, I want a forum where all of us that would work in the outfit would meet ourselves.

“This is very important because as of now, we don’t know ourselves and this is very dangerous when we talk of security. This will enable us to familiarize and know one another.

CHECK IT OUT:  Ihedioha Warns Public Against Contract Award Fraudsters

“I heard that the Oyo State government alone purchased 33 patrol vans, while other states donated 20 vehicles.”

Frowning at the proposed remuneration, the Agbekoya Farmers’ Association, called for an upward review for personnel.

Its President-General, Chief Kamorudeen Okikiola, who commended the governors for the launch of the outfit, said the proposed remuneration was poor.

Okikiola said: “The Operation Amotekun is a welcome initiative by the governors but they do not have a concrete plan as regards recruitment of personnel. What kind of people will be recruited? Are they going to recruit those without any security experience? How much will they be paid monthly? You cannot pay someone who wants to confront armed criminals N13,500. Let us tell ourselves the truth, the Police cannot venture into the forests to confront these criminals. If the governors are serious, they should start with N50, 000 as monthly pay. This will motivate those who will be part of the outfit.

“If the governors do not want casualities, they (governors) should recruit personnel who have a background in security and can confront the armed criminals.”