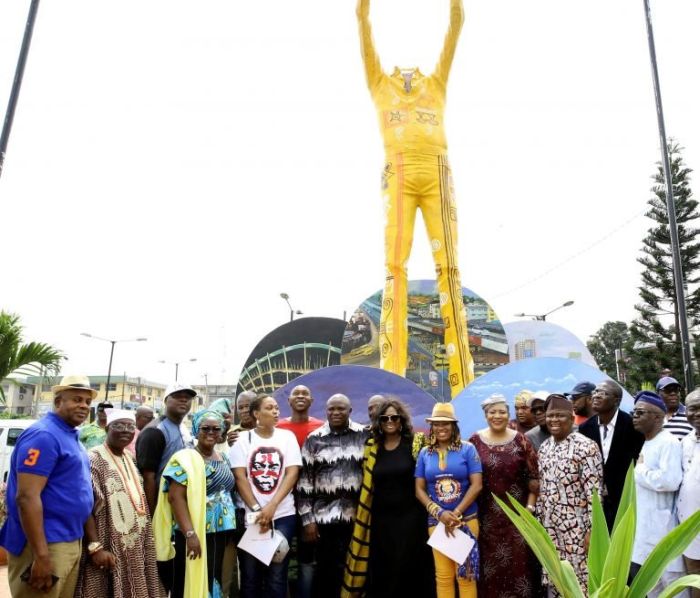 The Babajide Sanwo-Olu led Lagos government has pulled down a statue of Afrobeat legend, Fela Anikulapo Kuti on Allen Avenue, in the Ikeja area of the state.

The Liberation Statue was erected in honour of Fela by former Governor Akinwunmi Ambode.

However, Sanwo-Olu had informed Lagosians weeks ago that a couple of roundabouts in the city would have to be dismantled to ease traffic in a city famous for its perennial gridlock. The Allen roundabout where Fela’s statue was mounted, is one of those roundabouts. 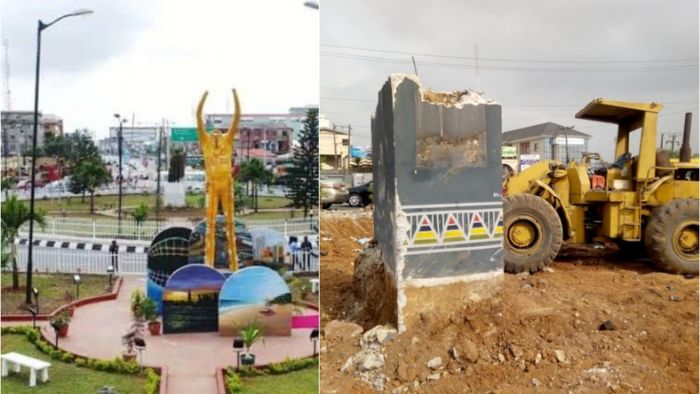 Similar roundabouts have been pulled down in Lekki and elsewhere in the metropolis to expand narrow roads and ease congestion.

While identifying the statue as a major cause of gridlock in the state, Sanwo-Olu’s spokesperson, Gboyega Akosile said the artwork will be relocated to an area where it won’t cause traffic.

Recall that Ambode on Sunday, October 15, 2017, unveiled the monument, dubbing it a ‘Liberation Statue’.

CHECK IT OUT:  LET’S TALK! DSS And Army, Who Commands More Fear? (Drop Your Comments Below)