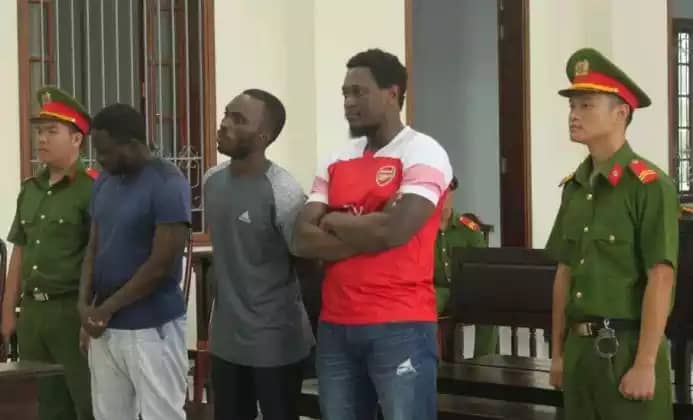 A 29-year-old Nigerian man named, Ifeanyi Matthew Anthony and two other Cameroonians have been sentenced by a Southern Vietnam court to a total of 49 years imprisonment over the fraud of $65,800.

According to reports, the men were parts of a fraud syndicate led by one ‘Papa’ who is currently on the run.

Their Modus Operandi is said to involve using Facebook love to scam their unsuspecting victims.

In one of their scheme, they would ask their prospective prey to receive and hold large sums of money to be given to members of the group when they arrive to live in Vietnam.

They would then promise them 10 per cent of the money for their trouble. However, they would have to pay “customs fees” first in order to receive the money.

CHECK IT OUT:  SO SAD!! Tiwa Savage Mourns As Her P.A Dies