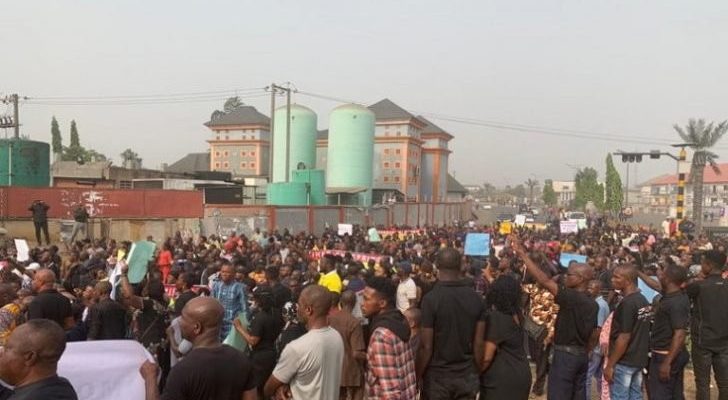 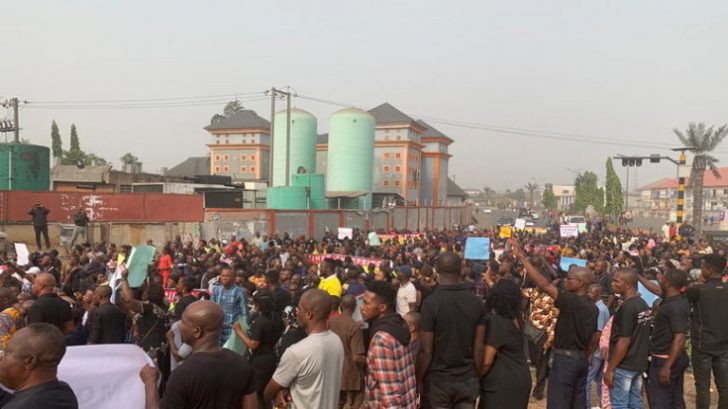 Protesters in their thousands marched through the streets of Owerri, Imo State capital on Sunday, over the sacking of Emeka Ihedioha as Governor, by the Supreme Court.

News Agency of Nigeria (NAN) reports that Ihedioha of the Peoples Democratic Party (PDP) was on Tuesday removed by the Supreme Court as Sen. Hope Uzodinma of the All Progressives Congress (APC) was declared the winner of the 2019 governorship election in the state.

The Independent National Electoral Commission (INEC) on Wednesday issued a certificate of return to Uzodinma who had already started work as the governor.

However, youths and the elderly marched through the streets of Owerri carrying placards with diverse inscriptions and chanting solidarity songs.

The national secretariat of the PDP had also threatened to embark on a protest in Abuja on Monday following the apex court ruling.

Watch the video of the protest below: