Man Arrested In Church For Sleeping With His 2 Daughters In Lagos - NaijaCover.Com
Skip to content 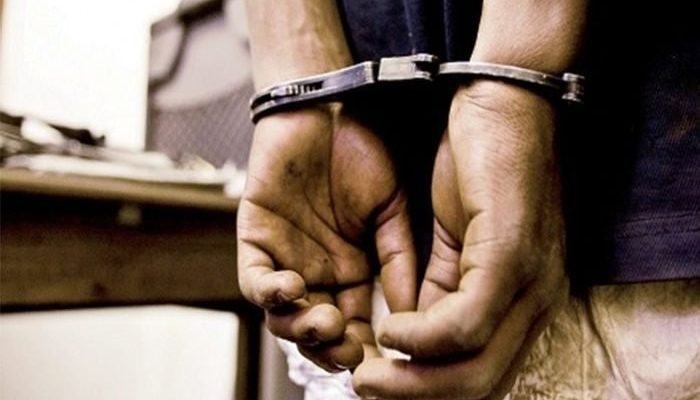 A 40-year old man, Terry Ikechukwu Iheme, has been arrested for allegedly sleeping with his two under aged daughters in Lagos.

It was reported that the incident happened at Igbo-olomu in Agric area of Ikorodu Lagos, where they reside.

The suspect, Iheme, who was a senior driver with a company known as Hi-Tech construction company in Lagos, was said to have had carnal knowledge of the victims before it eventually leaked.

The matter was reported to the Police at Owutu Police Division led by CSP Margaret Okonkwo, who ordered his arrest in order to be investigated for the alleged offence.

He was arrested in Church on Sunday and was taken to Owutu Police Station on 12th January, 2020, for proper investigation.

After interrogation, the Police found him culpable and then charged him before the Ikorodu Magistrate Court 1, Ita Elewa, for defilement which attracts life imprisonment if he is tried and found guilty before the Court over the alleged offence.

However, his plea was not taken after the prosecutor, Inspector John, asked the Court to refer the matter to the DPP for advice because the victims were still minors and the offence was capital in nature.

The Presiding Magistrate, Mrs. F.A. Afeez, ordered the defendant to be remanded in prison custody without an option of bail.
The Court also directed the prosecutor to duplicate the file and send to the DPP for advice. The matter was adjourned till 19th February, 2020.

It was gathered that the matter may be transferred to the High Court if the DPP report finds him culpable and recommends that the defendant be tried for defilement and incest.

CHECK IT OUT:  Man Caught After Abducting 4-Month-Old Baby In Ondo (Photo)

The post Man Arrested In Church For Sleeping With His 2 Daughters In Lagos appeared first on Naijaloaded | Nigeria’s Most Visited Music & Entertainment Website.