House Of Rep Set To Partner With Movie Directors On Nollywood Boost - NaijaCover.Com
Skip to content 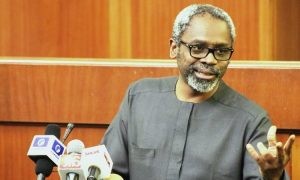 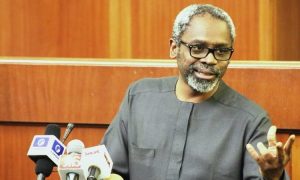 The Nigerian Film Industry may soon receive a big boost in their production as the Federal Government is looking into investing in the industry.

Naija News understands that Speaker of the House of Representatives, Femi Gbajabiamila has on Tuesday, in a statement by his aide revealed that the government is ready to join hands with the Nigerian film industry, Nollywood, to give maximum support in its production in the entertainment sector, which will in return increases the countries revenue generation.

Gbajabiamila noted that the Nigerian film industry had come a long way and that all well-meaning citizens and the government at all arms should give it the maximum cooperation and support needed.

This media platform is informed that the Special Adviser to Gbajabiamila on Media and Publicity, Lanre Lasisi, on Monday while receiving a delegation of the Movie Directors Guild of Nigeria in his office in Abuja, spoke on behalf of the speaker, assuring the DGN delegation that he would talk to the Chairman of the House Committee on Tourism to get in touch with relevant agencies to allow movie producers to use their facilities whenever there was such a need.

“You should work out a template and liaise with the relevant committees. If you set up something like that, the government will generate revenue. We have too many talents in Nigeria that should not waste away,” said the speaker.

Meanwhile, the President of the DGN, Fred Amata, had revealed earlier that they visited the speaker’s office in other solicit his support and presence during the guild’s forthcoming 20th anniversary, which would involve a novelty match with the Gbajabiamila’s team.

CHECK IT OUT:  Let’s Settle This Now!! Between Peruzzi And Victor AD Who Is A Better Artiste?

In the same vein, the Chairman of the House Committee on Defence, Babajimi Benson, charged Nollywood Movie producers to portray Nigeria’s security agencies in a good light at this time of security challenges.

Also, veteran actor and producer-turned-politician, Desmond Elliot, stated that there is a need for partnership between the House and the creative industry.

In another news, Naija News had reported that a Nollywood actor identified as Juwon has been killed by suspected bandits along the Ogbomoso/Ilorin Expressway.

It was gathered that the bandits jumped into the middle of the road at Otte area of the expressway and started shooting sporadically which saw the actor killed by a bullet.