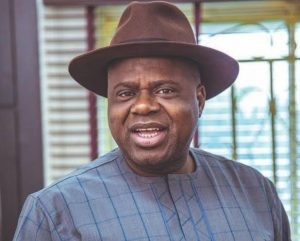 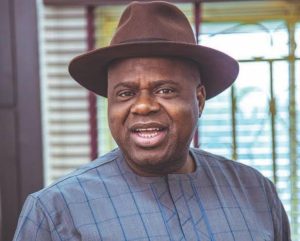 The Supreme Court of Nigeria on Thursday, declared Duoye Diri of the Peoples Democratic Party (PDP) as the duly elected winner of the 2019 governorship election in Bayelsa State.

The apex court, in a unanimous decision by a five-man panel of Justices led by Justice Mary Odili, held that deputy governor-elect, Biobarakuma Degi-Eremieoyo presented a forged certificate to the Independent National Electoral Commission (INEC).

Below are some important facts to note about Senator Diri.

2. He was born in Kolokuma/Opokuma Local Government Area of Bayelsa State.

5. He became the Deputy Chief of Staff, Bayelsa State Government House in 2012, then Principal Executive Secretary (2013-2014).

6. He was elected into the Federal House of Representatives to represent Kolokuma, Opokuma, and Yenagoa Federal Constituency, 2015.

8. He emerged the flag bearer of the PDP for Bayelsa state in the November 2019 Elections.

10. On Thursday, 13th February 2020, the Supreme Court of Nigeria declared him the authentic winner of the Bayelsa State governorship election.