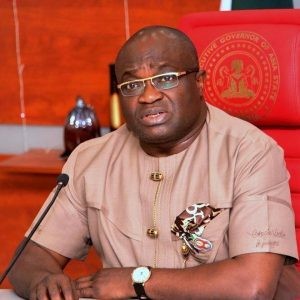 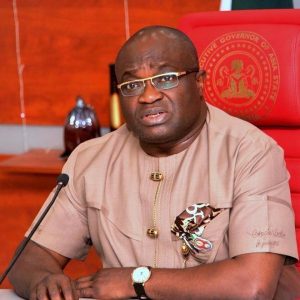 Naija News at this time has been informed that the Comptroller of Nigeria Immigration Service, Abia State, Mr Banaebi Edward Ogba is dead.

According to the report, Mr Ogba died on Wednesday in Umuahia, the capital city of Abia state.

In a statement made available to newsmen on Thursday, the Governor of Abia State, Okezie Ikpeazu, through his Chief Press Secretary, Mr Onyebuchi Ememanka expressed their condolence to the family of the demise, describing his exit as a shock.

Speaking further about the death of Ogba, Ikpeazu noted that the role of the Comptroller General will be missed, adding that his useful and incisive contributions to the State Security Committee, while he was alive, has assisted the State Government in managing issues around security of lives and property.

The State Chief Security Officer went further to describe late Ogba as an officer who carried out his duties in the state with utmost dedication and devotion.

He said, “The state government received with profound grief, the news of the sudden death of the State Comptroller of the Nigeria Immigration Service, Mr Banaebi Edward Ogba who passed on yesterday in Umuahia.”

“The Governor expressed deep sadness at the demise of a man he referred to as “a gentleman officer” who carried out his duties with utmost dedication and devotion.

“The Governor sends his personal condolences and those of the Government and People of Abia State to the family of the Late Comptroller and the Abia State Command of the Nigeria Immigration Service while praying God to accept his soul and comfort the family,” the release read.”