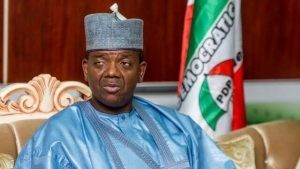 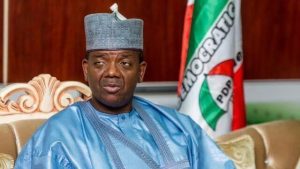 Governor Bello Mohammed Matawalle of Zamfara State has warned the former Governor of the state, Abdulaziz Yari, to stop making unnecessary statements against his personality or get arrested.

The Zamfara State Governor stated this while receiving members of the All Progressives Congress that defected to the Peoples Democratic Party.

Matawalle noted that the former governor of the state has been making statements against his administration to give his government a bad image.

The Governor in his statement said: “I must let him know that presently, I am the landlord of Zamfara Government House and the number one citizen of the state. If he dares me any more with his negative statement about my position as the chief executive of the state, I must make him understand that I am in control of the state and I will order for his arrest”

Matawalle further stated that he never spoke against the former governor during his time in office, so he expects the same respect from his predecessor.

“Constitutionally, Yari should respect my position as his governor, but since he doesn’t recognise my position, I will, therefore, show him that I am in charge of the state.”

“I was also in the House of Representatives when he ( Yari) was the Zamfara State ANPP Secretary,” he thundered.

He called on the Yari to be thankful to God for raising from grass to grass and also show some respect to him.

Matawalle called on the supporters of the former governor to understand that he was brought into power by God and whosoever is fighting his administration is fighting God.