“Cupid-style” avocados and red wine at dinner, heart-shaped messages for the crew, but also a painful separation: for people trapped in the quarantined cruise ship in Japan, this Friday has nothing to do with Ordinary Valentine’s Day.

Wearing a red evening dress and a matching rose-shaped hair tie, the on-board party manager, Natalie, posted a video on Twitter to cheer up the troops. 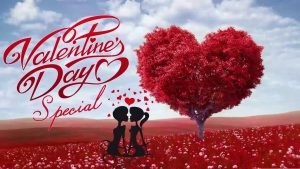 Questioned by AFP, the American passenger Matt Smith, 57, trapped on the Diamond Princess with his wife Katherine Codekas, admitted with irony that it was not the place they had dreamed of to celebrate Saint- Valentine this year.

“After 21 years of marriage, we don’t make tons of them (on Valentine’s Day, note), but usually I give at least one card to Katherine. Facebook reminded me this morning that three years ago we were in Las Vegas. Just to stir the knife in the wound! “, he said.

A special menu was provided on board for dinner, with “Cupid-style” avocados or “Japanese Valentine’s Day shrimp” as a starter.

As a main dish, a great classic of French cuisine: a coq au vin, with mashed potatoes and vegetables, accompanied by a bottle of Cabernet Sauvignon and a “special Valentine’s surprise dessert”.

The epidemic of coronavirus, which has already infected 218 occupants of the boat out of more than 3,700 at the departure, also forces passengers to have to leave suddenly.

In the middle of a honeymoon, Kent Frasure thus helplessly attended the evacuation of his partner Rebecca, who has since been placed in solitary confinement in a Japanese hospital after having contracted the coronavirus.

“We couldn’t kiss when we left because we didn’t really know what was going on,” Mr. Frasure told American television station CNBC.