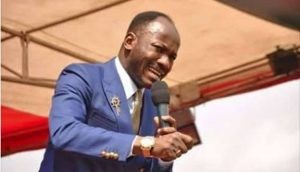 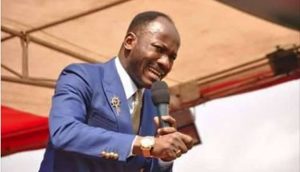 The founder of Omega Fire Ministeries, Apostle Johnson Suleman, on Friday, has reacted to the ruling of the Supreme Court which sacked the governor-elect in Bayelsa State, David Lyon.

The cleric in his reaction stated that politicians who failed during elections should be prepared to perform well during court proceedings.

A five-man panel led by justice Mary Odili on Thursday had ordered the Independent National Electoral Commission to withdraw the certificate of return from Lyon and present it to the next highest vote.

Lyon whose election was nullified by the Supreme Court was scheduled to be inaugurated on Friday.

His election was however disqualified by a five-man panel of the apex court, while declaring Douye Diri of the Peoples Democratic Party, PDP, winner of the election.

Apostle Suleman while reacting to the court ruling on Friday said: “Nigeria politics is becoming comical. INEC conducts the election and announces results but the supreme court declares winners.”

“So even if you don’t do well in an election just be ready to do well in court..political quagmire, catalytic and epileptic electoral process.”

CHECK IT OUT:  OMG!! Man’s Legs Cuts Off After Jumping Off A Train (Graphic Photo)