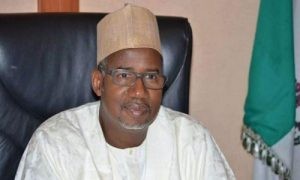 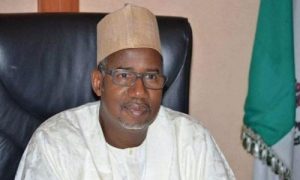 Naija News had earlier reported that the apex court on Thursday sacked the governorship candidate of the All Progressives Congress, David Lyon.

A five-man panel led by Justice Mary Odili had sacked the governor-elect over the fake certificate presented by his deputy, Degi-Eremienyo.

The Bauchi State governor who was the chairman of the Bayelsa Campaign Council in the governorship election. appreciated PDP for giving him the opportunity to serve in that capacity.

Mohammed in his statement described Diri’s victory as a defining judgement.

He said: “‪I thank the PDP family for the opportunity to have served as the Chairman, Bayelsa Campaign Council in the recently concluded governorship election in Bayelsa State.”

“And most especially, I congratulate the incoming governor of Bayelsa State, Senator Douye Diri, and his deputy, Senator Lawrence Ewhrudjakpo on their victory at the Supreme Court,” Mohammed said.

CHECK IT OUT:  Why I Allow Nudity In My Videos – Patoranking