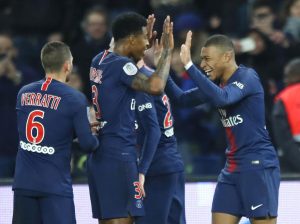 Ligue 1 side, Paris Saint-Germain has released its squad list that will play against Dortmund on Tuesday in the UEFA Champions League round of 16 first-leg.

The 21 player squad list was released by PSG manager, Thomas Tuchel, on the club official website on Monday.

PSG head into the game following their 4-4 draw with Amiens SC in the Ligue 1 encounter over the weekend.

The match starts by 9 pm at the Westfalenstadion Stadium.