EPL: What Lampard Said Ahead Clash With Manchester United - NaijaCover.Com
Skip to content 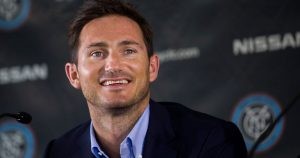 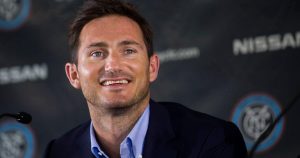 A few hours to the English Premier League clash between Chelsea FC and Manchester United scheduled for 21:00 on Monday night, Chelsea manager, Frank Lampard, has charged his side to make right all that was wrong in their previous game with the Red Devils at Old Trafford.

New Naija recalls that Manchester United had defeated Chelsea to 4-0 in their previous game in the EPL.

Reacting to the defeat ahead Monday’s match at Stamford Bridge, Lampard called the attention of his players noting that it will not feel good for the Blues to lose another point to the Red Devils despite their impressive performances at Old Trafford.

He said; “I didn’t see Chelsea’s 4-0 defeat to Man United at Old Trafford earlier this season as a real influential moment,” Lampard was quoted by Chelsea’s official website as saying.

“It did not feel nice to lose with such a scoreline on that day.

“It was only a surprise considering our performances against them, we had more possession, shots, and even hit the woodwork twice.

“It would be great for us to correct it tonight, but at the same time, I did not take it as a huge upsetting thing.

Lampard also noted that their performances against Liverpool and Manchester at the beginning of the season is an encouragement Chelsea could do better.

Naija News had reported earlier that Chelsea has completed the signing of highly-rated Moroccan footballer,  Hakim Ziyech from Ajax.

Confirming the deal, Ajax in a statement on its website on Thursday, said it has reached a €40 million deal for Ziyech to join Chelsea during the summer transfer window.

CHECK IT OUT:  Only Candidates With NIN Will Be Registered For 2020 UTME: JAMB

He would, however, finish the current season with Ajax before joining the English Premier League side on July 1.