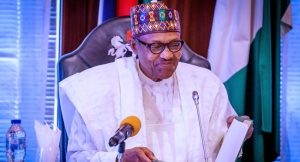 The presidency has warned Nigerians against the rising cases of fake news in the country, urging them to always confirm news sources, particularly on social media.

This it said as it disclosed that ‘purveyors of fake news’ are now blatantly unrepentant in pushing fake news into circulation.

The Special Adviser to the President on Media and Publicity, Mr. Femi Adesina gave the warning on Monday while reacting to a news item on social media space claiming that President Buhari is due for a 20-day trip to the United Kingdom.

The item claimed President Muhammadu Buhari is billed to travel to the United Kingdom for 20 days, and from there proceed to Saudi Arabia, and then Austria.

However, Mr. Adesina said there is no truth in the claim, adding that President Buhari, his family, ministers and the service chiefs are now targets of a new drive by carriers of fake news whom he described as enemies of national cohesion.

“Purveyors of fake and concocted Information are currently on overdrive, and Nigerians are urged to be careful what they consume as news, and also share with others, particularly from the social media.

“An unfounded information has been making the rounds that President Muhammadu Buhari is billed to travel to the United Kingdom for 20 days, and from there proceed to Saudi Arabia, and then Austria. Fake. It is nothing but falsehood from mischievous minds.

“Members of the First Family, Ministers, top government officials, the military, and other key institutions, are equally objects of this orchestrated falsehood, coming from enemies of national cohesion.

The presidential media aide warned that verifying stories particularly those from social media is the way forward on curbing fake news.

CHECK IT OUT:  TY Bello Shares Her 1997 Throwback Photo From University Of Lagos

We urge Nigerians to be discriminatory about what they accept as credible information, and restrain themselves from sharing what they have not authenticated as genuine. That is how we can all collectively beat the malevolent minds at their pernicious games”, the statement said.