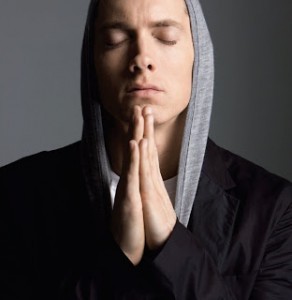 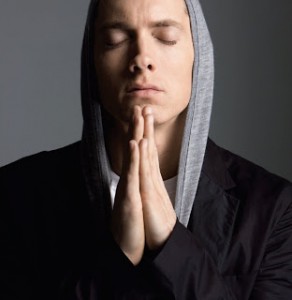 “Rap God” video was released in 2013 had over 990,000 views on Friday last week before Eminem, 47 years of age, gave it a last push by sharing links to the video on his social media pages for fans to go and watch the video.

“Rap God” is the third Eminem video to surpass 1 billion view.
His track “Not Afraid” and “Love the Way You Lie,” featuring Rihanna, have also surpassed 1 billion views on YouTube. Luis Fonsi and Daddy Yankee’s “Despacito,” is currently the most watched video on YouTube, with over 6.6 billion views as of Monday.

Eminem, real names Marshall Bruce Mathers III, is an American rapper, songwriter, record producer, record executive and actor. He is one of the most successful musical artists of the 21st century and is the best selling rap artiste in the world. In addition to his solo career, Eminem was a member of the hip hop group D12.

CHECK IT OUT:  Kunle Afolayan showcases all the awards he has received