Yul Edochie advises on how to handle trolls on social media - NaijaCover.Com
Skip to content 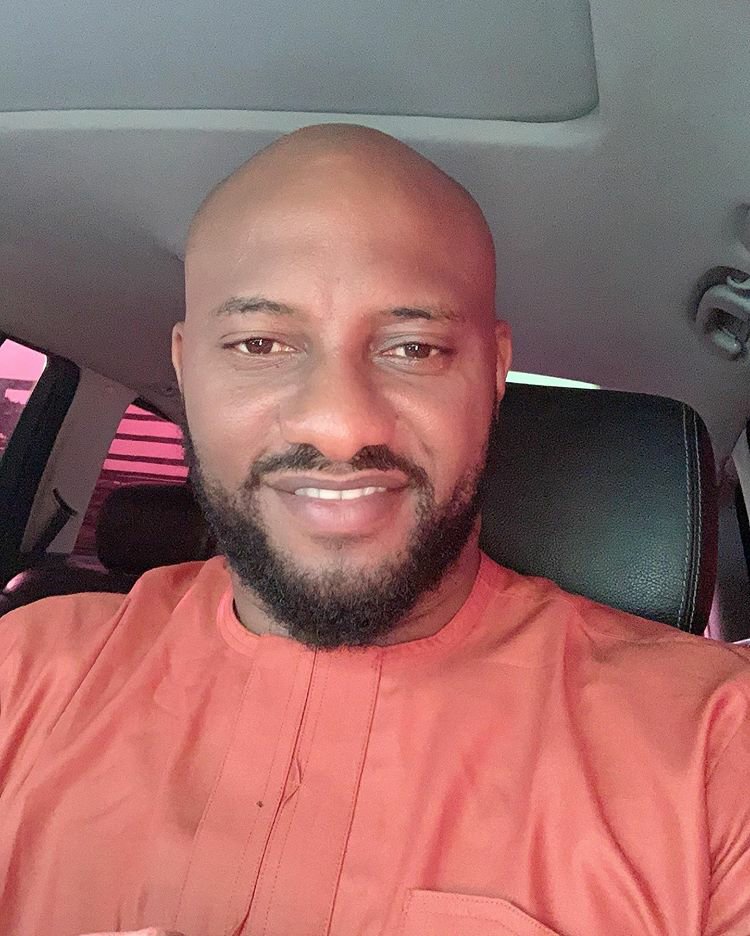 The lives of celebrities are not always are rosy as it appears to be. Many times, they are victims of cyber bullies on social media who remain faceless and are confident to spew negative words at them because they feel there would be no consequence.

Celebrities are seen as role models by many and for that reason; they try to maintain a calm demeanour even in the face of insult or attacks. Well, in recent times, many of these celebs have shed that role model outlook on things and they return the hate they receive from trolls in 100 folds.

However, not every individual has mastered the art of dealing with trolls and they still break down whenever they are faced with negative words from bullies on social media.

Nollywood actor, Yul Edochie, took to social media via his Twitter page to share his take on how to handle bullies on the internet.

According to the handsome film star, the world is a tough place and one needs to be tougher. He added that to survive trolling on social media, one has to have a thick skin.

Yul then advised that the best way to deal with trolls is to ignore and block them. He also said one can decide to return their insults in multiple folds before blocking them. 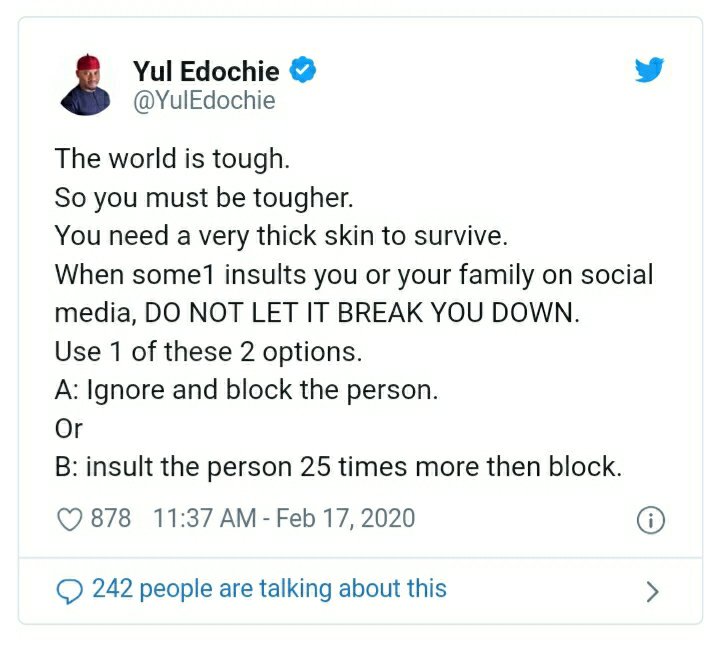 The post Yul Edochie advises on how to handle trolls on social media appeared first on .

CHECK IT OUT:  OMG! CAN Reveals Kidnappers Of ECWA Pastor & 14 Others Want N30m