Europa League: Solskjaer Reveals Why Man U Was Held By Club Brugge - NaijaCover.Com
Skip to content 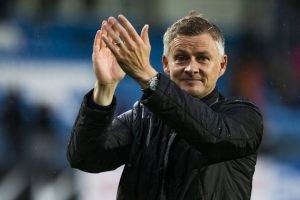 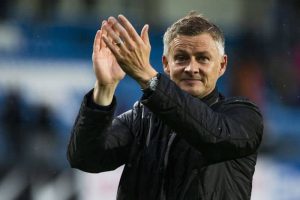 The manager of Manchester United, Ole Gunnar Solskjaer, has revealed why his side was held by Club Brugge in the Europa League round of 32 first-leg tie on Thursday at the Jan Breydel Stadium.

The English Premier League side played 1-1 draw with Club Brugge thanks to the goal from Anthony Martial.

Solskjaer while speaking on the result of the match said the Red Devils made an error during the clash that led to the goal of the host.

He further stated that the weather conditions in Belgium was difficult and affected his team.

Solskjaer while speaking with MUTV said, “There was a lot of things that resulted in their goal.”

“We made an error and they scored us first but they also committed errors too and we scored 1-1.”

“I must admit that the weather condition was difficult for my players and the pitch was almost like astroturf.”

“The ball was bouncing very quickly but we are happy for the away goal.”

Solskjaer’s men will now take on Club Brugge in the return leg at Old Trafford next week.

CHECK IT OUT:  Fans Mock Frodd After He Shared A Photo Showing Off His ‘Drip’