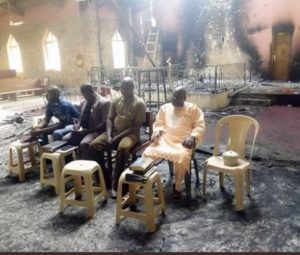 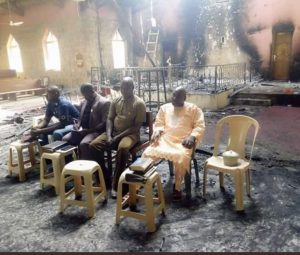 Following an attack on Friday, February 21st, 2020, at Garkida in Adamawa State by the deadly terrorist group called Boko Haram, four members of the EYN Church which was razed down with fire and had their members lives shattered had their Sunday service right inside the building which was destroyed with fire.

It’s a pitiful situation as the four men use the same build dilapidated by the sect as their point of worship despite the fear and pain caused to them.

Speaking about the Church service, the sect has been notified in a post shared that they needed to know that the term ‘Church’ is not the building razed down, it is the Christians living, the Christian body is the Church, the body of Christ.

Seeing the below photos, one would conclude again that the people are confident in their service and dedication to their God come what may. 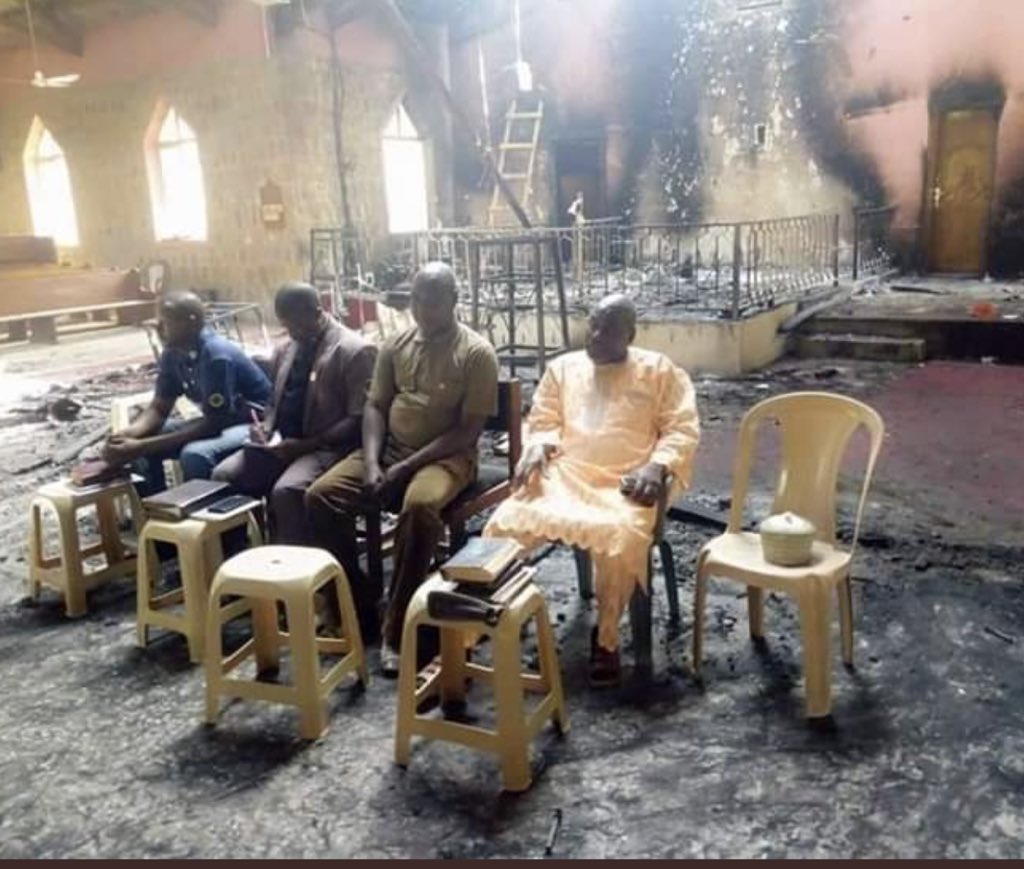 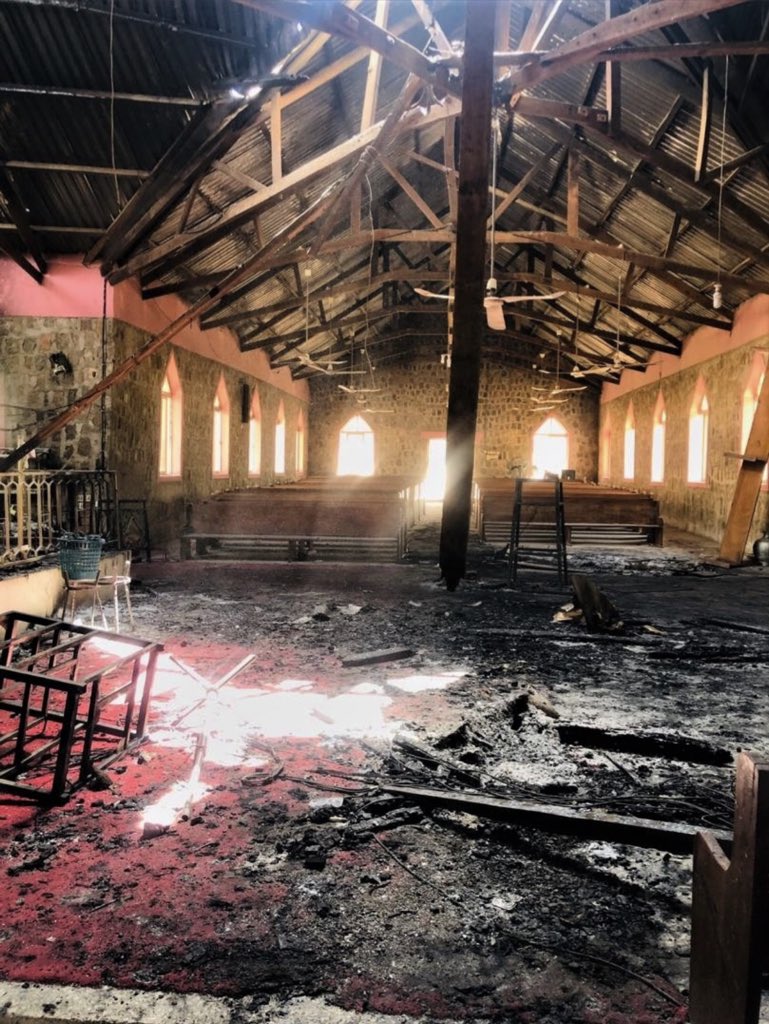 Meanwhile, Naija News has reported earlier that the Nigerian Army has released more details of the encounter between its troops and Boko Haram terrorists in Garkida, Gombi Local Government Area of Adamawa State.

The terrorists also killed many people while burning down several houses and property during the attack which reportedly lasted several hours.

CHECK IT OUT:  That Was Hot!! Bashir Ahmed Replies Singer Skales After He Called Him An “Idiot”