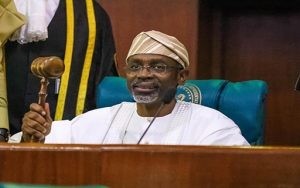 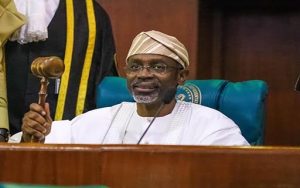 The Speaker of the House of Representatives, Femi Gbajabiamila, has noted that the house would not allow the police brutalise innocent Nigerians.

Gbajabiamila stated this during a public hearing conducted by the House Committee on Police Affairs on enhancing the police force for better service delivery.

This is coming days after some operatives of the Special Anti-Robbery Squad allegedly killed a footballer identified as Kazeem Tiamuyu.

Following the development of angry youths in the community took to the streets of Sagamu to protests which, however, led to the death of protesters.

The Speaker of the house added that the police are the closest to Nigerians, but turn their brutality against them.

“More than any other institution of the State, it is the police force that relates to the citizens daily. In many communities across Nigeria, the Police Force is the only representative of the Nigerian state, and the connection between our citizens and the state is often defined by their interactions with the Nigeria Police. It is unfortunate and entirely unacceptable that the relationship between the police and many of these communities are now defined by fear, mutual antagonism and an absolute loss of faith in the ability of the police to protect and to serve.”

Gbajabiamila also blamed the situation on the failure of recruitment, welfare and training of police.

“We will not achieve much of substance if we shy away from confronting the failures of recruitment and training, remuneration and welfare, responsibility and accountability that have left us with a national police force that is too often unfit for purpose.”

“We can no longer stand for this, and we will not. This House of Representatives has a responsibility to speak for our citizens and we will continue to do so even when it is inconvenient.”

The hearing is still ongoing with the Minister of Police, Muhammed Maigari Dingyadi in attendance.

CHECK IT OUT:  Osas Ighodaro says she’s a hopeless romantic