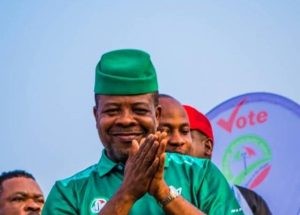 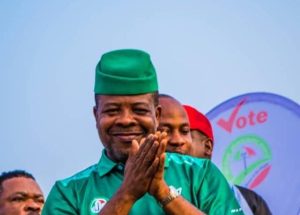 The National Coordinator, Concerned Advocates for Good Governance, Barrister Olusegun Bamgbose, has revealed that he warned the governorship candidate of the Peoples Democratic Party, Emeka Ihedioha, from going to the Supreme Court to seek a review of its earlier judgement.

Ihedioha had filed a petition before the apex court urging it to review its January 14 ruling which declared Hope Uzodinma as the governor of Imo State.

The Supreme Court on Tuesday, in a majority verdict, affirmed its decision which declared Uzodinma as the winner of the governorship election in Imo State.

Barrister Bamgbose while reacting to the court’s ruling stated that there was no way the court would have reversed its judgement for Ihedioha even when a similar judgement went against the APC in Bayelsa just a few days ago.

Bamgbose in his reaction to the judgement said: “It should be noted that I had earlier on made it clear that the Supreme Court is most likely not going to reverse the judgment delivered by them.”

“I seriously doubt if any of the review cases will see the light of day. The ruling so far delivered has not received the nod of the apex court.”

“It’ll be a mockery on the part of the Supreme Court to reverse its judgment. Any attempt by them to do such will make a complete mess of our Judiciary.”

“I believe with the latest judgment, the review matters will die down. It should be recollected that I once postulated that the sack of Lyon was to compensate for the loss of PDP in Imo State.”

“I’ve been justified with the latest judgment that is in favour of APC. PDP has been settled and that’s just it. The game is over.”