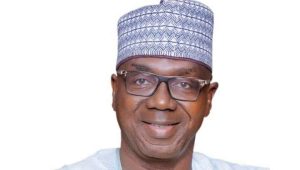 As another rainy season draws near, the Kwara State Ministry of Environment and Forestry has warned residents against indiscriminate refuse dumps to prevent a flood.

The government said such acts, could cause blockage of roads, environmental health hazards, and destruction of properties.

The State Commissioner for Environment, Mr Aliyu Sherifdeen, gave the advice in Ilorin on Friday.

Sherifdeen said that the state waste management contractors would be reorganized for efficiency especially in the capital city, Ilorin.

He then called on the residents to support the state’s environmental sanitation and appeal to Kwarans to vacate flood plains and also keep their environment clean.

He said that a new and more mechanized approach will be unleashed especially in Ilorin Metropolis by the beginning of April.

Sherifdeen said that the ministry on its own part would soon begin the massive desilting of major drainage channels across the city especially those living around the Asa River banks and any other river across the state, like in Pategi, Kaiama and others should ensure zero tolerance for the refuse dump into the rivers.

He also appeals to those living on flood planes to please quit with immediate effect.

CHECK IT OUT:  Griezmann Reveals The Star Player That Must Win Next Ballon D’Or (DO YOU AGREE?)