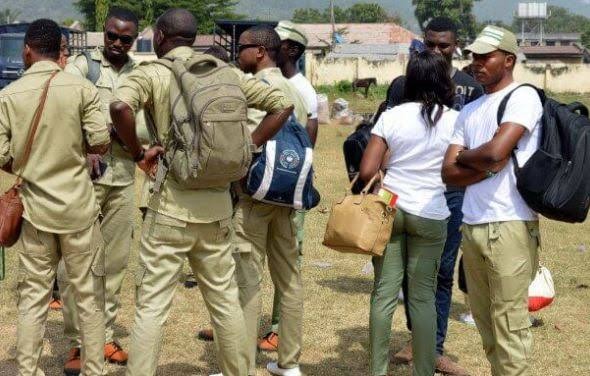 Gunmen suspected to be kidnappers reportedly attacked a bus conveying some youths who are reportedly travelling to Zamfara for their NYSC Orientation.

Naija Cover Learnt that the gunmen attacked the bus around Funtua, in Katsina State, get away with four prospective corps members, while others flee.

The kidnapped victims include three males and a female.

According to reports, the bus has carried also some graduates from Rufus Giwa Polytechnic who took off from Owo, Ondo State, travelling through to Zamfara state.

It was said that the fully armed men stopped their bus at around Funtua, and in fear with a bold mind, the bus driver and some other students fled into the bush, while the gunmen get hold of other four.

A source who gave details to newsmen reports that “The graduated students chartered a bus from Owo to Zamfara State where they were posted for NYSC. The bus was to take them directly to the camp. Their families last heard from them around 4 pm on Monday when they got to Zaria only for Tolu to call Tuesday morning that kidnappers attacked them and took four persons.”

“No ransom has been demanded yet but the kidnappers have contacted some of the parents but because they were speaking Hausa, there wasn’t much communication,” said the anonymous source.

He added, “We are appealing to security agencies to rescue these children safe and the government has to direct NYSC to reconsider posting prospective corps members to areas their lives will be endangered.”

A statement from the spokesman of the Nigeria Police Force, DCP Frank Mba confirmed the incident by saying, “It is true. Four of them were kidnapped around 11:30pm. The command has launched a manhunt for their captors in order to ensure their safe rescue. The command is making progress in its investigation and operation.”

Meanwhile, the NYSC orientation camp was to be opened for prospective corps members on Tuesday, March 10th, Naija News understands.

CHECK IT OUT:  Prostitute allegedly confesses to lying against a cab man for money, after stripping to her underwear in Calabar (Video)