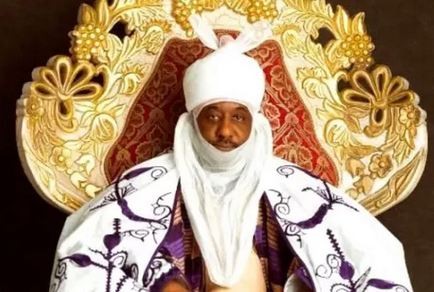 The United Nations Secretary-General, António Guterres, on Wednesday named the dethroned Emir of Kano, Muhammadu Sanusi II, and 16 others as Sustainable Development Goals Advocates to push the agenda of the global development drive to a new height.

Also appointed by the United Nations are Mr. Nana Addo Dankwa Akufo-Addo, President of Ghana and Ms. Erna Solberg, Prime Minister of Norway as co-chairmen of the committee.

The appointment was made known in a statement by Special Assistant to the UN Resident Coordinator in Nigeria, Mr Fred Eno.

The statement said: “These 17 influential public figures are committed to raising awareness, inspiring greater ambition, and pushing for faster action on the SDGs, which were adopted by world leaders on 25 September 2015.

“United Nations Member States agreed to accomplish the SDGs by 2030. To build the momentum for transformative, inclusive development by 2030, the Secretary-General’s SDG Advocates will use their unique platforms and leadership to inspire cross-cutting mobilization of the global community.

“We have the tools to answer the questions posed by climate change, environmental pressure, poverty and inequality. They lie in the great agreements of 2015 – the 2030 Agenda for Sustainable Development and the Paris Agreement on climate change.

“But tools are no use if you don’t use them. So, today, and every day, my appeal is clear and simple. We need action, ambition and political will. More action, more ambition and more political will,” said the Secretary-General. “By joining forces to achieve our goals, we can turn hope into reality – leaving no one behind,” said Co-Chairmen of the SDG Advocates group Prime Minister Erna Solberg of Norway and President of Ghana, Nana Addo Dankwa Akufo-Addo,

CHECK IT OUT:  "Nigerians Now Enjoy 18 To 24 Hours Of Electricity Daily" - Power Minister

The Secretary-General also appointed some members of the previous class of SDG Advocates as SDG Advocate Alumni, and looks forward to their ongoing support and engagement.

Members are: Her Majesty Queen Mathilde of the Belgians (Kingdom of Belgium)

Mr. Paul Polman, Chair, International Chamber of Commerce, Vice-Chair of the Board of United Nations Global Compact (Kingdom of the Netherlands)

CHECK IT OUT:  FG to use BVN to identify poor, vulnerable Nigerians – Minister (Video)