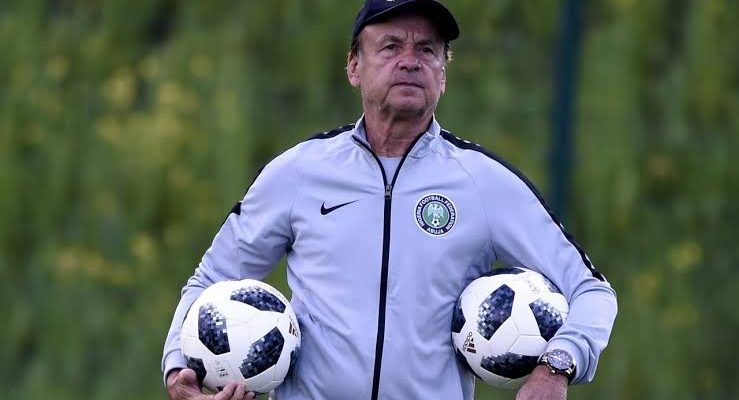 There has been a lot of issues and controversies generated by the lingering contract tussle between the football house and the Super Eagles’ Technical Adviser, but all would be laid to rest in a week, according to Amaju Pinnick.

President of the Nigeria Football Federation, Pinnick, has confirmed that discussions and contract terms regarding Gernot Rohr’s contract would be sorted out soon for the German tactician to be offered a new deal.

Speaking on a breakfast programme on Arise TV on Monday, Pinnick revealed that the new contract would require the former Bordeaux manager to reside in the country as against the current arrangement. Mr Rohr presently stays at his base in France and flies into the country whenever the Super Eagles have engagements.

We have told him. He MUST live in Nigeria. His salary will be in Naira. He must go around the leagues and see how he can nurture the players. If he is able to accept it, we have a deal. There are a lot of coaches that want to coach Nigeria – @PinnickAmaju on @thenff Gernot Rohr pic.twitter.com/uDbUl9pLMQ

Other fresh terms expected to make up the new contract includes that the coach would have his salary paid in Naira (the Nigeria currency). Rohr would also be tasked with going around league venues to see how he can nurture the players on the domestic scene.

A few legal consultations aside, the contract would be ready for the former Gabon coach next week, says Pinnick.

“We will seek legal opinions on international coaches’ contracts,” the football boss said as quoted on the NFF website.

“We shall also seek the opinion of the Sports Ministry. He should get the contract (with the new conditions) in about a week’s time so that he can revert after studying it.”

Rohr was appointed the Super Eagles Technical Adviser in August 2016 and had his two-year contract renewed ahead of the 2018 FIFA World Cup in Russia.