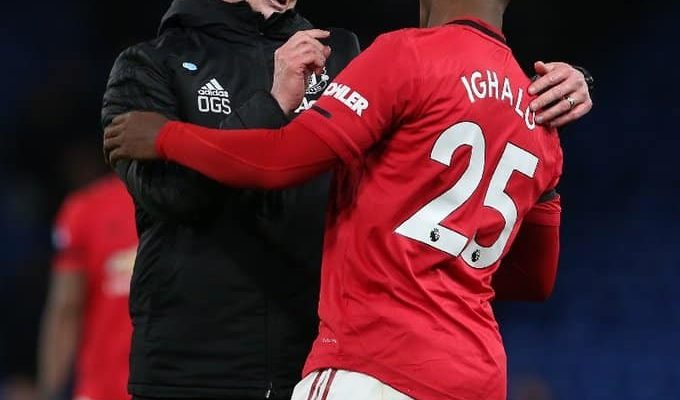 The former Watford star’s loan deal at Manchester United would have expired at the end of May, but that’s changed following FIFA’s latest ruling.

World football governing body, FIFA has announced that they will allow players contract to extend until the season ends. At the same time, the summer transfer window will be moved in the wake of the coronavirus pandemic.

The coronavirus has stalled sporting activities across the world with football not left out. Almost all leagues are currently on suspension as a result of the pandemic.

This has also led to the postponement of Euro 2020 and Copa America, while it has also created a problem for players whose contract expires in the summer.

With the current season likely to go beyond this summer, questions have been raised on how to deal with players contracts and the summer transfer window.

To solve the problem, FIFA has recommended that players contract should be extended until the season is completed, while the summer transfer window will be shifted.

A FIFA statement read: “Expiring player contracts usually end when the season ends, with a termination date that coincides with the end of the season. With the current suspension of play in most countries, it is now obvious that the current season will not end when people thought it would.

“Therefore, it is proposed that contracts be extended until such time that the season does actually end. This should be in line with the original intention of the parties when the contract was signed and should also preserve sporting integrity and stability.”

CHECK IT OUT:  Man Arrested After Stealing A Pregnant Lady’s Panties (PHOTO)

On the issue of the transfer window, it said: “Again, it is necessary to adjust the normal regulatory position to the new factual circumstances. Accordingly, FIFA will be flexible and will allow the relevant transfer windows to be moved so they fall between the end of the old season and the start of the new season.

“At the same time, FIFA will try to ensure, where possible, an overall level of coordination and will also bear in mind the need to protect the regularity, integrity and proper functioning of competitions, so that the sporting results of any competition are not unfairly disrupted.”

Ighalo joined the Red Devils from Shanghai Shenhua on a loan deal that was supposed to run until the end of May.

But with FIFA’s latest ruling, the former Watford star is now set to stay beyond May, although it remains to be seen on what will happen to his wages after May.

The former Nigeria international has proved to be a success at Old Trafford with four goals in eight appearances for Solskjaer’s men.