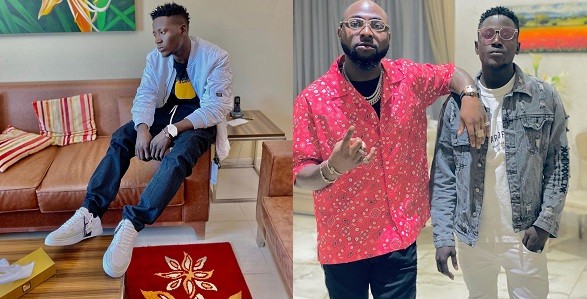 God often uses people as a vehicle of transformation in other people’s lives and for Fatherdmw, his own came through Nigerian singer Davido.

The Instagram sensation was effusive in a new interview revealing how the boss of 30 Million Gang fraternity transformed his is life from a bike-guy in Lekki who ran errands for the singer and his team to his present celebrity status.

According to Fatherdmw he ran away from Maiduguri when he disguised himself as a woman in order to avoid being recruited by Boko Haram and when he landed in the city, he used to run errands for the singer in Lekki area of Lagos state.

He revealed during the interview that he later informed the OBO boss that he wanted to go to school but when he was asked for his documents, he revealed they were all in his hometown and would take him 2 days by road to get there.

The post ‘I owe my life to Davido’- Fatherdmw reveals how the singer transformed his life appeared first on Talk of Naija.

CHECK IT OUT:  BBNaija: All Housemates Are Up For Possible Eviction