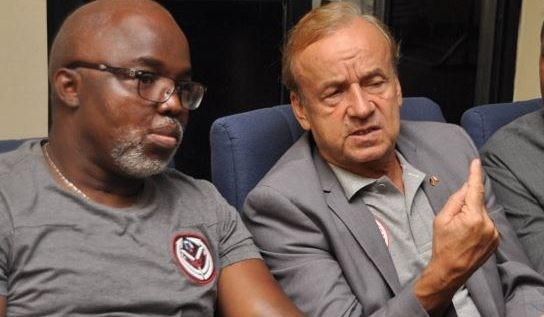 The President of the Nigeria Football Federation (NFF), Amaju Pinnick, said living in Nigeria is one of the conditions the German must agree to if he wants a new contract.

Super Eagles manager Gernot Rohr has revealed he won’t have any problems with living in Nigeria as he has been doing that for most of the time.

The 66-year-old is nearing the end of his current deal with the Super Eagles with just two months left. He has always expressed his wish to continue as the team’s boss, and he hinted he wouldn’t have a problem with NFF’s latest conditions.

NFF’s president, Amaju Pinnick, revealed the country’s football governing body are ready to offer Rohr a new contract provided he accepts their terms– one of which is living inside the country.

Reacting to Pinnick’s comments in an interview with famous journalist Collin Udoh on Instagram, Rohr revealed he has always spent almost all his time in Nigeria.

“I can’t comment(on Pinnick’s comments), all I can say is, since three years, most of my time, I spent in Nigeria already,” Rohr said.

“But when I have to go to see my players, they are all in Europe. Only one is in Nigeria here.” Then I had to see to meet my players, their coaches in the club, their matches, to communicate, and I did it all the time. But all the time, I return to Nigeria.

“So when I have a loot at the past, I spent more time in Nigeria than in Europe,” Rohr added.

CHECK IT OUT:  You Won’t Laugh With Me If I Didn’t Have Money – Davido Tells Chioma (Video)