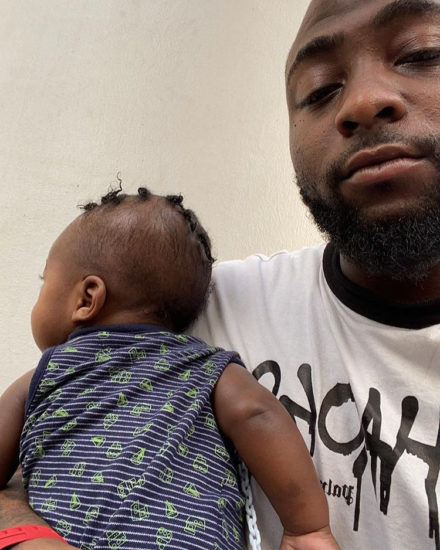 Davido’s son with Chioma, Ifeanyi Adeleke has began to coo and gurgle and excitedly he made the magical sounds the singer wanted to hear — Dada.

Personally, we are astonished and confused at Dada being the first “person word” that the toddler said judging by the fact that his Mum, Chioma have been at home with him for a longer length of time than Davido.

However, it didn’t surprise us much because Chioma went into self-isolation after testing positive for the coronavirus and Davido has been responsible for taking care of their son.

In a recent video shared on his Instagram story, Davido excitedly revealed that his son, Ifeanyi, called him first ‘dada’ first. The singer also made sure to tag his beautiful fiancee to the video to taunt her.

Ifeanyi’s cute voice was also heard talking at the background of the video saying the words dada to show that his dad was speaking the truth.

See the video below:

The post Davido excited as his son, Ifeanyi utters “Dada” as his first words (Video) appeared first on .