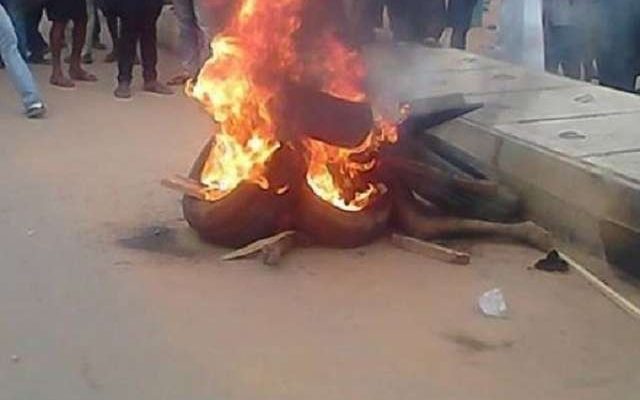 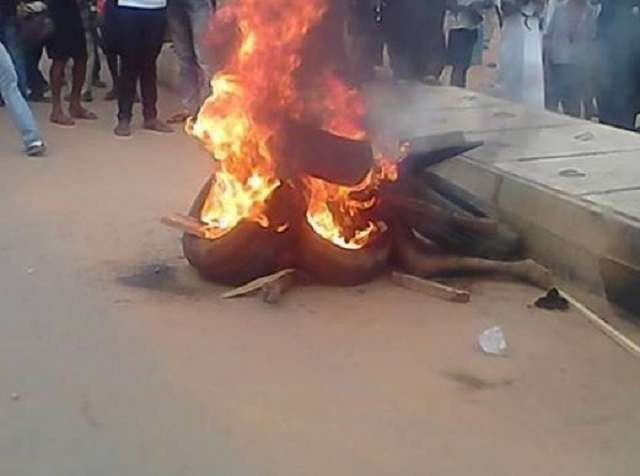 The gang had reportedly gone to rob a female Point of Sale (POS) operator, 22-year-old Blessing Oge in the area.

The hoodlums reportedly shot the victim on her thigh when she resisted and made away with her money and phones.

A commercial motorcycle rider, Umukoro, who witnessed the incident said

“The robbers were four in number. Two of them had accosted the girl and tried to collect the bag of money from her.

“She refused letting go off the bag and started dragging the bag with them. In a bid to demobilise her, the guy with the gun shot her on her thigh and fled with the bag and her phone leaving the girl in a pool of blood.

“However, the sound of the gunshot attracted people who came out in their numbers, chased one of the armed robbers, apprehended him and set him ablaze after thoroughly beating him.”

The Delta State Commissioner of Police, CP Hafiz Inuwa, also confirmed the incident, stating that one of the suspects was mobbed before the arrival of his men.

“The suspect had gone to rob the female POS operator and subsequently shot her on the leg during the incident. While fleeing the scene of the incident, people saw them and mobbed one of the hoodlums while others escaped, but before the police could arrive the scene, the mob had already set the suspect ablaze,” Inuwa said.