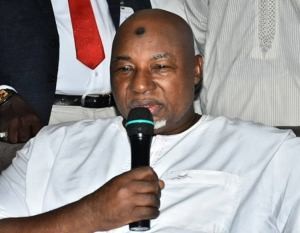 The elder brother of the Bauchi State Governor, Bala Mohammed, Adamu Mohammed, has revealed his experience in the den of kidnappers.

The former Customs Officer while speaking with newsmen after his released noted that the kidnappers demanded N350 million before they later agreed to accept N50 million.

The 65-year-old man noted that they paid N50 million ransom to the kidnappers to secure his release. He added that the security operatives did not have any hand in his release.

The spokesperson of the Bauchi State Police Command, DSP Kamal Abubakar, announced his release on April 7.

The Governor’s brother while speaking with journalists said, “They said they have not kidnapped somebody as big as l am. You know l was a uniformed man before. They know l knew all that they were doing.”

He said the four-man gang felt he was a threat to them and were demanding N350 million, which he told them that “when you look for that kind of money l will continue to be a liability for you here.”

He further stated that “I eat well. The only thing was l didn’t sleep well because it was on a mat all of us were sleeping.”

Mr Adamu noted that they gave him three pillows and supplied him apples with a bottle of maltina, adding that he got anything he wanted.

He added, “l made it clear to them if you are looking for money from Bauchi State they don’t have. Or are you thinking you want to demand more money so that Bauchi State governor will bring money and you will release me and impeach him?”

“Because they told me there was a kind of problem in the State Assembly which was centred on whether the governor would remove money from Bauchi coffers and release me.”

He revealed that the kidnappers were educated with western education, not only religious, adding that they refused to talk to avoid being traced.

“They knew what they were doing. They had to take my voice, they would later take it to Jos, relay it to somebody in Kaduna. That person then sends it to Kano before calling my family. That was what they did,” he said.

“On the issue of ransom, they said they would come down to N100 million but I insisted that nobody will give them that amount of money. They, however, suggested that if they released me, they could collect the remaining amount later but I asked them how they will collect the money and I told them it won’t work because if you come to my house l will shout.”