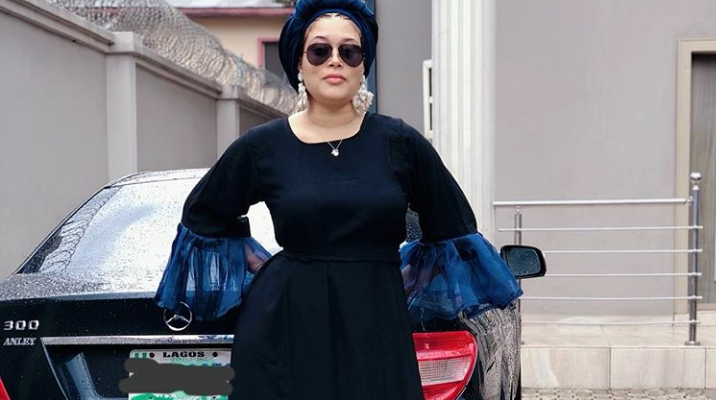 Popular Nollywood actress,  Adunni Ade has shared how being converted to Islam has blessed her and how she was brought up in different religions.

The mother-of-two said she was born to a Muslim father and a Christian mother. Her stepmother is also a Christian. She said she was raised a Muslim but her father gave them the free will to choose whatever religion they wanted.

As an adult, she attended a number of churches but said she chose to return to Islam in 2016. She adds that since returning to Islam, she feels “more filfilled*”, “happier”, and has received more blessings. She said her first son also now practices Islam.

As for how she dresses, she said it’s in no one’s place to judge what she chooses to wear.

Read what she said below.

CHECK IT OUT:  ”Selling Buhari To The International Community Was An Easy Task”- Lai Mohammed