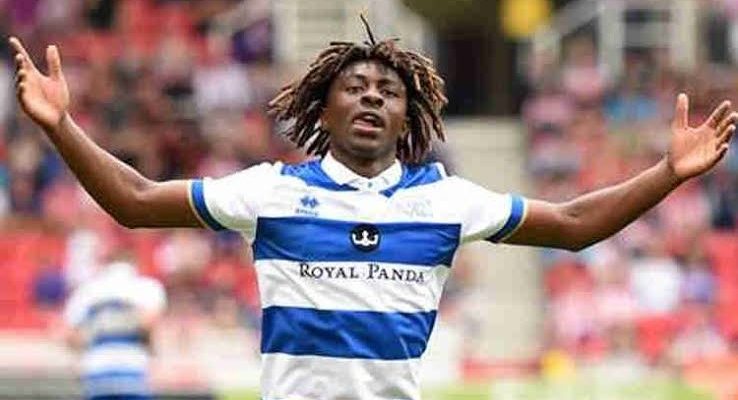 One of QPR’s best number 10s, Adel Taarabt, has been impressed with the ability and displays of current number 10, Ebere Eze, and has charged the 21-year-old to aim for the top.

Morocco international and midfield dazzler Taarabt believes Queens Park Rangers youngster Eze has immense potential and has urged the England youth international to shun transfer rumours and help push the club back to the Premier League.

His excellent showings have seen him linked with a move to the top flight this summer with Tottenham one of his biggest admirers.

President of the Nigeria Football Federation, Amaju Pinnick, has also been making frantic efforts to get the former Arsenal trainee to commit to playing for the Super Eagles.

Taarabt held similar promise as a youngster and sealed his place as a QPR legend when he powered the Rs to the 2010/11 Championship crown.

Now a regular at Benfica, Taarabt knows how to get to the top, and he shares the secret with Eze:

“I watch him and think he has big potential,” Taarabt told QPR official website.

“I enjoy watching him – he’s physically strong, has a good touch, can score goals. I see him and hope he will one day take QPR to the Premier League – I think he has that ability.”

“My advice is to keep working and be the best for QPR because QPR fans recognise now how good he (Eze) is. Just keep focus and try to go to the top.”