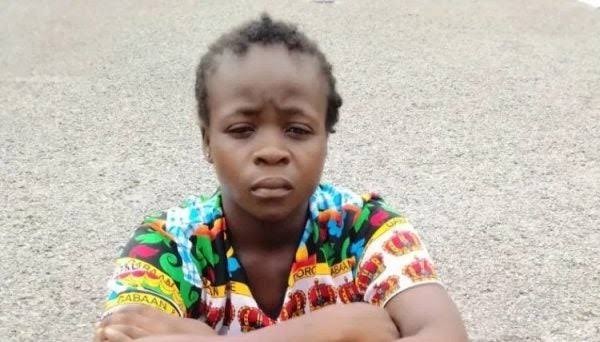 The 22-year-old girl identified as Veronica Mohammed, who was arrested for stabbing her husband Anyakwo Mohammed, has pleaded guilty and gave excuse for her action.

According to reports, Veronica stabbed the late Anwakwo to death after the latter reportedly impregnated another woman.

While speaking with The Punch, she said:

I regret my action; May his gentle soul rest in peace. I did not know that he would die. I have been having misunderstanding with my late husband over a woman he impregnated and it led to constant quarrels and fighting. I got tired of it all. I returned from my ‘parents’ house and was told that Mohammed was with another lady whom he impregnated and when I asked him if the pregnancy was his, he refuted. He only said the lady was his girlfriend but the pregnancy wasn’t his.

“We stayed together with the lady but she left before this incident happened. My late husband promised to marry me if I could change my religion. But when we started having constant quarrels, I was discouraged to do that.’’

Narrating what led to the incident, she said she asked him to give her his phone and he refused thus a disagreement ensued.

She added that she roasted yam on that day, adding that she went inside the bedroom to pick a knife to peel the yams.

Mohammed stated that while peeling the yams, she told her late husband he wouldn’t share out of it but he insisted and stood up to fight her and in the process he held her hand and she didn’t know how the knife hit him. She said the incident happened in the night and before he could be rushed to a hospital, he had died

CHECK IT OUT:  Video Of Nigerian Dad Advising His Daughter To Engage In Exam Malpractice
(Visited 1 times, 1 visits today)