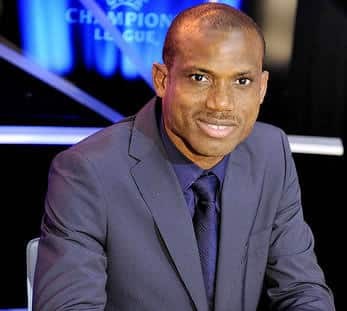 The Premier League is the most-watched sports league in the world, broadcast in 212 territories to 643 million homes and a potential TV audience of 4.7 billion people

Despite the glamour of the English top-flight, the recent success of the Spanish La Liga, and the reputation of the Italian Serie A, former Nigeria international Sunday Oliseh believes the Bundesliga trumps them all as the best league in the world.

The German first division is ranked among the top five leagues in Europe alongside La Liga, England’s Premier League, Italy’s Serie A, and France’s Ligue 1.

But the German Bundesliga is increasingly gaining acceptance among Nigerian fans following the presence of a few Nigerian-born stars such as Paderborn’s Jamilu Collins.

Oliseh, who spent a season each at Italy’s Juventus and Reggiana, enjoyed a successful career playing in Germany and Belgium but never represented an English club.

The former Borussia Dortmund midfielder, however, rates the Bundesliga as the best because of its organizational structure, passionate supporters, and style of football.

“The Bundesliga is the best league in the world; it’s a complete league,” Oliseh told The Punch.

“It’s a league where you see the offensive and the defensive, mid-play and free-flowing transition football. It’s the best-organised league, in my opinion.

“What makes the Bundesliga so special is that it’s the only league in the world with a full capacity crowd in the stadium every weekend. At Dortmund, you get 83,000 fans, and Koln now command 50,000 spectators every fortnight. As a player, there is no need to worry about financial issues.

CHECK IT OUT:  [FULL VIDEO] Watch The Full Highlight From Wizkid’s Starboy Fest At The 02 Arena

“The Bundesliga was a learning curve for me, and it helped me polish my coaching career.”

Oliseh played for three German clubs, including Dortmund, Cologne, and Bochum, during a hugely successful career.