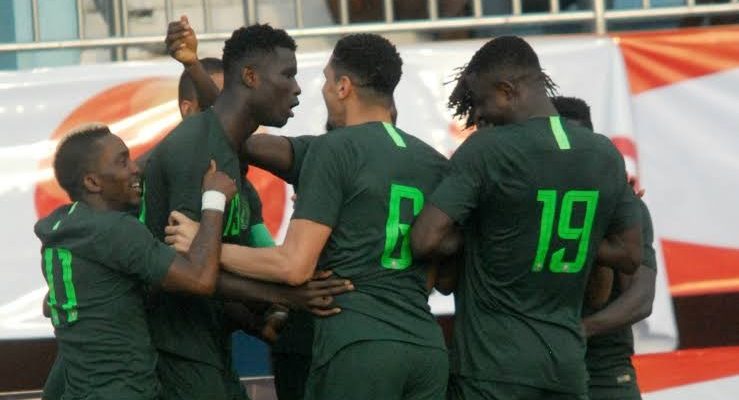 The former Arsenal striker is one of Nigeria’s most decorated footballers in history, with his style of play and achievements lighting the path for Paul Onuachu.

KRC Genk forward Onuachu has revealed that he is a big fan of Nigerian legend Nwankwo Kanu and has set himself the task of matching the feats of the Gunners hero.

Kanu enjoyed a brilliant career which kicked off when he won the U-17 World Cup at Japan ’93. A historic Olympic Games gold medal followed in 1996, sandwiched between a UEFA Champions League winners medal and three Eredivisie titles at Ajax.

The gangling forward’s stay at Inter Milan had more lows than highs, but he still lifted the UEFA Cup with the San Siro giants before moving to England.

A two-time winner of the CAF African Player of the Year awards, Kanu netted 12 goals in 87 appearances for Nigeria.

Few on the African scene can boast of as many major titles as ‘Papilo’. Still, Onuachu has set himself the challenge of matching Kanu’s feat, motivated by the similarities he shares with his idol.

“I’m a big fan of Kanu,” The former FC Midtjylland goal poacher said in a chat with the Super Eagles media via Instagram.

He talked about scoring the Eagles fastest goal in history vs Egypt, moving to Denmark as young kid and the secret of being the tallest player in the team and on Fifa 20. Watch. #SoarSuperEagles

“I’ve loved him from when I was younger, and when I really got very tall, I had to start learning how to play like him and his skills too.

“Papilo is very gifted, especially with his feet, which I also cherish a lot.
“Matching his achievement will be a huge challenge for me, but I’ll keep doing my best.”

Onuachu, 25, has earned six caps and scored once for Nigeria.