Entertanment writer, Joey Akan has come to conclusions that Cynthia Morgan deceived everyone on social media after her recent allegations against music executive, Jude Okoye. 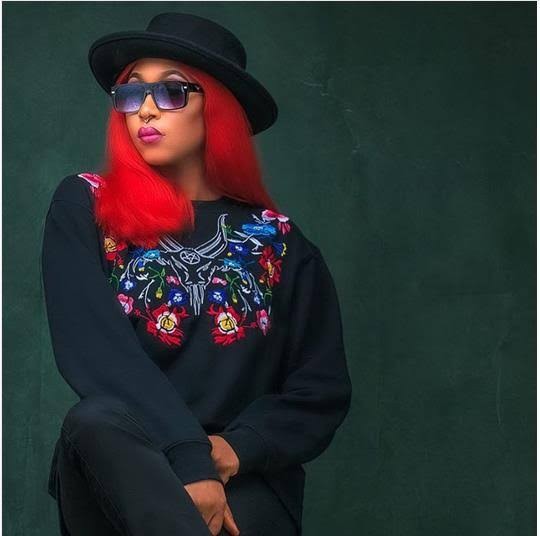 Joey stated that the recently released contract between Cynthia Morgan and her former record label boss, Jude Okoye shows that the singer ”lied” when she came out over the weekend to accuse Jude Okoye of making her sign a contract that caused her to lose her name, pooInstagram account, royalties and VEVO account, after they fell out.

Joey is of the opinion that the contract was a very fair deal and that Jude is the victim here.

Read his opinion as shared on his Twitter handle below 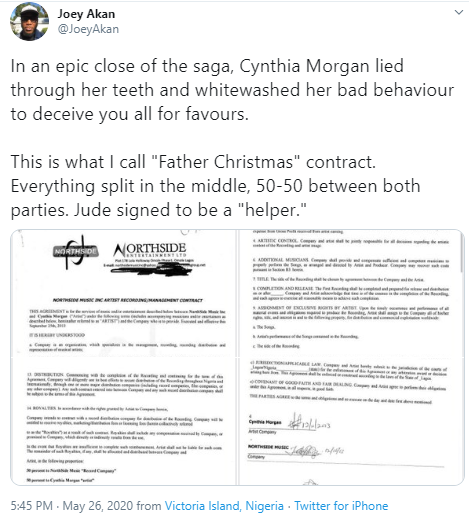 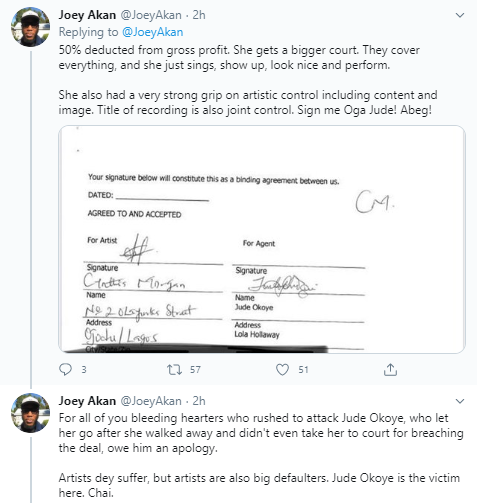 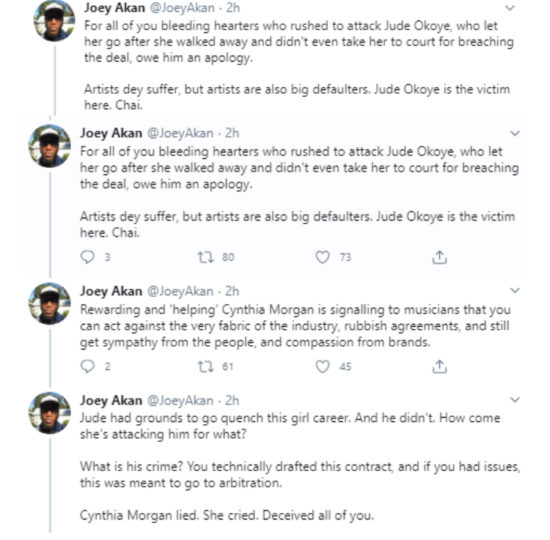 CHECK IT OUT:  BBNaija: Khafi Has Been Celibate For 8 Years, We Never Had Sex – Gedoni