NFF will reduce the number of national teams – Pinnick - NaijaCover.Com
Skip to content 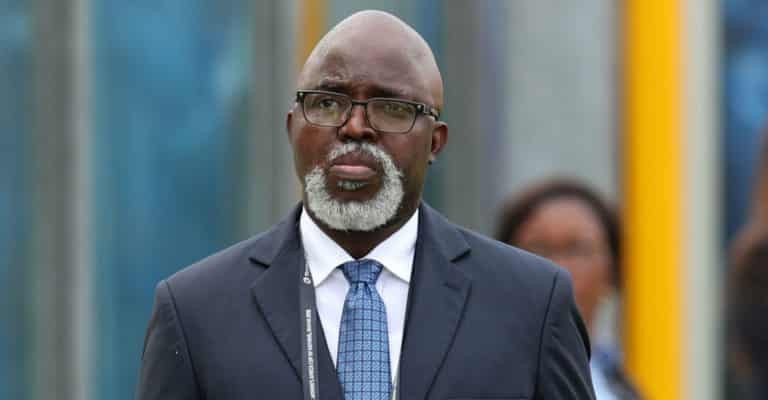 The Nigerian football landscape will take a difficult path to sustain its operations with the global economic meltdown caused by the novel Coronavirus.

Amaju Pinnick, president of the Nigeria Football Federation, has said that among the plans to stay afloat will be the cutting off of the Beach and Futsal national teams as well as the reduction of spending or the scrapping of youth national teams.

During a Zoom video call with journalists on Monday, Pinnick said that the NFF was struggling to meet many of its financial responsibilities and will need to take important steps to reduce the burden by focusing on the senior national teams, the Super Eagles and the Super Falcons.

This means that the future of the national U17 teams, where Nigeria has won a record five FIFA titles in the boys’ category, is on shaky ground. Mr Pinnick’s  solution to keep the youth teams going is that the NFF will not pay players camp allowances and bonuses but will leave them with tournament winnings to share, one hundred per cent.

All these changes would have to be subject to the agreement of the executive committee and a final pass from the Youth and Sports ministry.

With Nigeria’s economy reeling from the global lockdown, Mr Pinnick told journalists that the NFF would have to operate a tighter ship in order to keep afloat. His aim for a 100 per cent fully independent NFF has taken a hard hit, he said but is hopeful that things will return to some normalcy when the economy stabilizes post-COVID-19.

CHECK IT OUT:  MUST SEE! Coaches Tell Super Eagles Boss Gernot Rohr How To Beat Tunisia On Wednesday

“Things are difficult,” Pinnick said, in response to a question by Soccernet.ng on achieving financial independence for the NFF in a post-COVID-19 world. “We are trying to consolidate on our existing relationships with our sponsors (who are also struggling financially due to the Coronavirus).”

The NFF’s biggest sponsors are oil servicing company Aiteo, the Nigeria Breweries, Coca-Cola, among others. All industries that have seen earnings decimated by the global lockdown.

The NFF re-hired German trainer, Gernot Rohr, last month with new terms that will see him paid in Naira due to the challenges of securing dollar payments. Aiteo was responsible for paying the NFF coaches previously, it is not yet known if they will continue that role.

The NFF will also hope that the funds from FIFA and CAF continue to come in to support its operations.

But it is clear to all right now that the NFF needs to be creative in order to survive the global pandemic. And if it means that many of its teams are off-loaded with the hopes of many young players dashed, it is a difficult decision that Pinnick is willing to make.