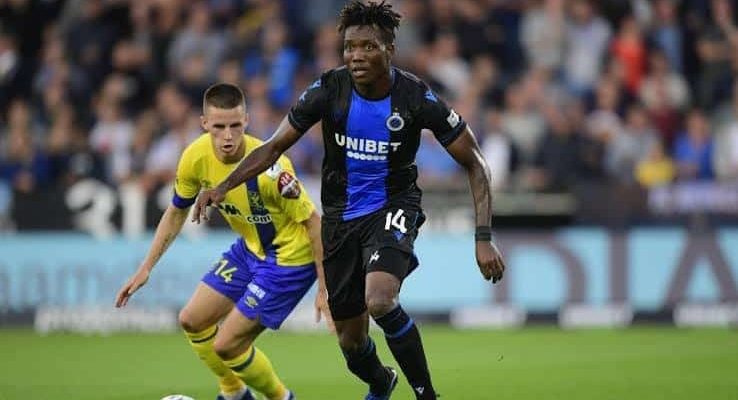 Nigerian Striker David Okereke has been nominated for Club Brugge goal of the year award. It should be recalled that Club Brugge was crowned Champions of the Belgian top-flight league after the season was brought to an end due to the outbreak of the coronavirus.

The 22-year-old’s sublime goal against Zulte-Waragem, where he beat his marker with a piece of skill before unleashing a curling effort into the top corner, has been picked as one of the best goals of the year by the Belgian club.

The goal earned him plaudits from football lovers in Belgium. Okereke will slug it out with his teammate, Han Vanaken for the award.

We gaan op zoek naar onze Goal of the Year!

Club Brugge announced the nominees on their Twitter handle; the winner will be determined by the club’s fans who are going to vote for their favourite goal of the year.

Okereke joined Club Brugge in July 2019 from Italian Series B side, Spezia. He contributed 11 goals and two assists in 34 appearances in all competitions before the league was concluded.