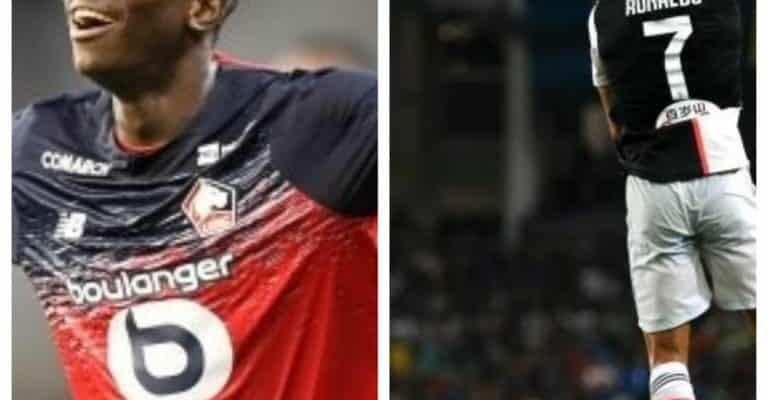 Super Eagles striker has been ranked as Nigeria’s most valuable player according to a study by Football Observatory.

In its latest biannual estimates of 20 players from each of Europe’s top five leagues, Osimhen was valued at 64.3m euros which is two million more than that of Cristiano Ronaldo who had a transfer value of 62.3m euros.

It’s been a remarkable rise for Osimhen who joined Lille from Royal Charleroi for just 12m euros last summer. The 21-year-old price has increased more than five times the money Lille paid for him following a brilliant debut campaign at the Stade Pierre Mauroy.

The Super Eagles star has been clinical in front of goal this season with 18 goals in 38 games for Lille. He’s currently a man in high demand with a host of top European clubs fighting for his signature.

However, any club that wants him will have to pay big money after Lille president confirmed his prized asset would only leave for a similar amount in which Arsenal bought Nicolas Pepe.

Meanwhile, Osimhen is not the only Nigerian in the CIES Football Observatory top 100 list as there was also Wilfred Ndidi.

The Super Eagles midfielder has been a key player in Leicester City’s surge to third place in the Premier League table this campaign.

Ndidi, who is also among the top ten most valuable defensive midfielders, has a transfer value of 49.5m euros. The 23-year-old has a contract that runs till 2024 at the King Power Stadium, although he is linked with a move to one of the big sides.

CHECK IT OUT:  God Is A Nigerian If Not – Obasanjo