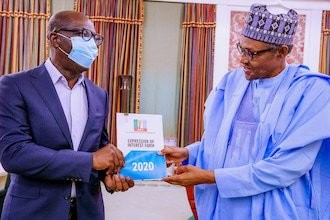 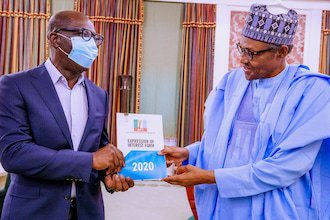 Following the appeal court’s upholding of Adams Oshiomhole’s suspension, there is a possibility of Governor Godwin Obaseki returning to the All Progressives Congress (APC).

The newspaper notes that Osagie said this after the deputy national secretary of the APC, Victor Gaidom, declared himself the acting national chairman and cancelled the screening which led to Governor Obaseki’s disqualification.

Governor Obaseki had on Tuesday, June 16, resigned from the APC after meeting with President Buhari. His deputy, Philip Shaibu, also followed suit.

The duo resigned following Obaseki’s disqualification by the APC from contesting the party governorship primary in Edo state.

Obaseki’s spokesperson said his boss could return to the APC following Gaidom’s announcement, saying the Edo state governor only had a problem with Oshiomhole.

Though Obaseki has resigned from the APC, he is yet to join another party.

“With the court removing Oshiomhole, I believe there’s a possibility. It’s possible, after all he has not moved into any other party yet,” he told Premium Times.

CHECK IT OUT:  University Of Ilorin Expels 13 Students For Misconducts (Read Details)