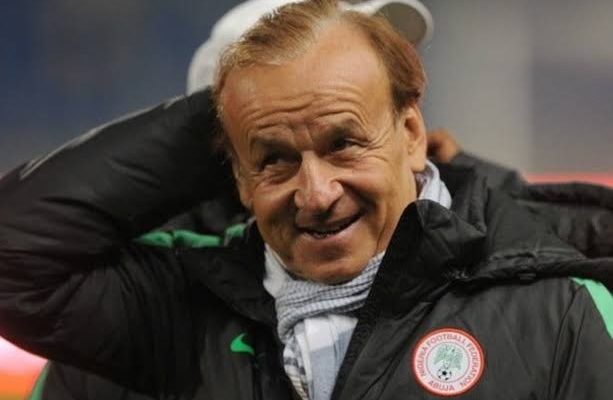 Super Eagles head coach, Gernot Rohr, has confessed that he rejected offers from the national teams of Mali and Congo while he was waiting to extend his contract with NFF.

With Rohr’s contract expiring in June, the nation’s football body and the former Bordeaux manager were scheduled to meet earlier in the year to discuss a contract extension.

But talks were delayed and even put on hold when the coronavirus pandemic spread to Europe and Africa from Asia.

Headway was finally made when the Sports Ministry intervened, and Rohr was handed a new deal with fresh terms introduced.

The 66-year-old coach has, however, revealed that he snubbed offers from other African nations while negotiations dragged on with the three-time continental champions.

“No, but they were a bit slow. President Pinnick and I wanted to meet in January, but I couldn’t,” Rohr told the Mannheimer Morgen.

“Then came the coronavirus and lockdown. Actually, we agreed, it was only about details. Finally, the sports minister also interfered.

“I had requests from Congo and Mali, which I refused.”

Rohr previously managed the national teams of Gabon, Burkina Faso, and the Niger Republic before taking charge of the Super Eagles.

CHECK IT OUT:  SO SAD!! 2 Persons Killed, Many Injured As Gas Cylinder Explodes