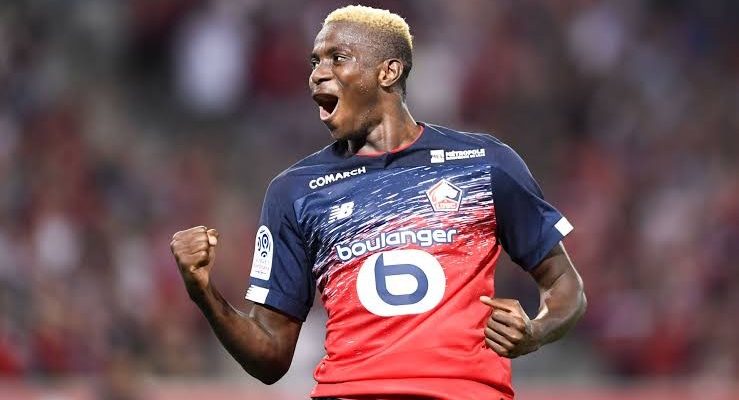 The Super Eagles striker has been through trying times, losing his father, but it ended with some good news after he was named as Africa’s best player in the French Championship

Victor Osimhen has expressed his joy at being selected as the winner of the 2020 Marc-Vivien Foe Prize while dedicating the top award to his late dad.

But the youngster’s incredible performances did not go unnoticed with Lille fans voting him as the club’s Player of the Year, while the Ligue 1 picked him in the Team of the Season.

Osimhen’s happiness was, however, tainted with sadness when his father, Patrick Osimhen, passed away at age 80 in Lagos last month after a brief illness. He was buried last week.

Reacting to his award after such a testing period, Osimhen wrote on Twitter:

“Grateful to GOD Almighty. I dedicate this amazing award to my father. Thanks to those who voted for me and also a big shoutout goes to @Simon27Moses and the rest of the nominees…thank you once more.”

Grateful to GOD for almighty

I dedicate this amazing award to my late father