Posted By Udokabestluv On July 4th, 2020 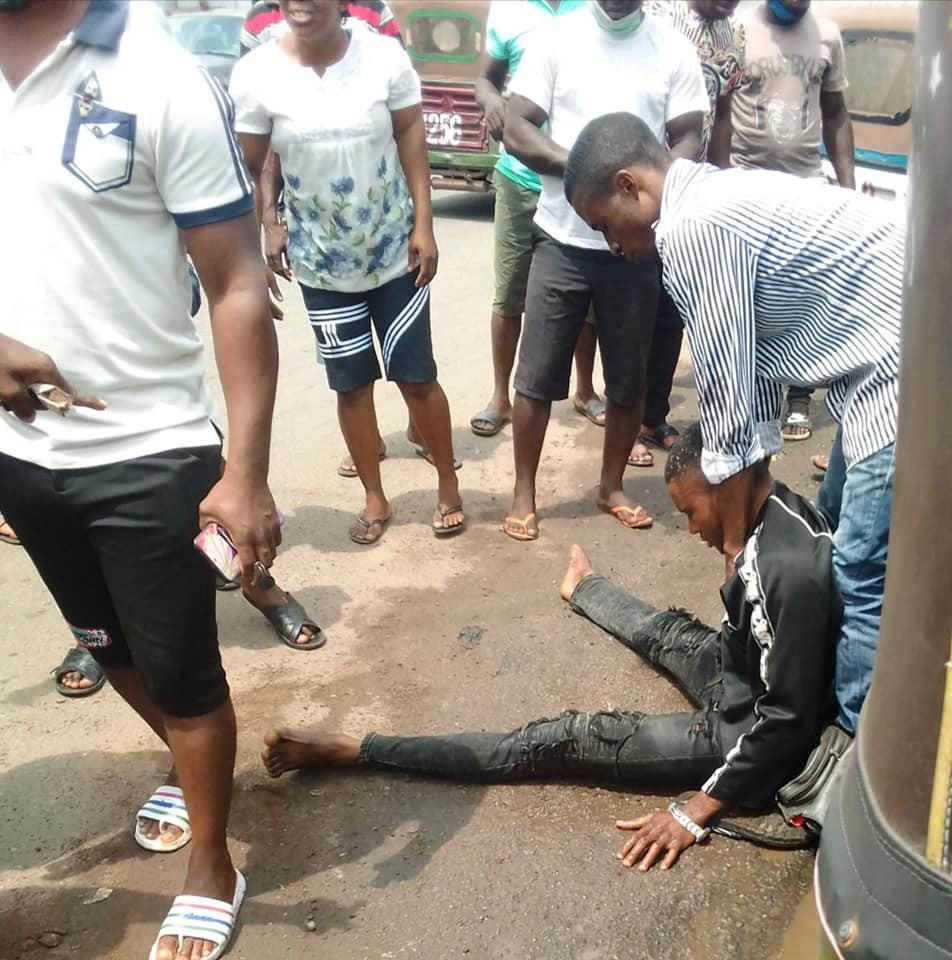 A middle-aged man whose name could not be disclosed is currently battling for his dear life following several punches and serial assault by enforcement officers attached to Umuahia North Covid-19 protocol enforcement team.

Trouble started when the victim, a commercial tricycle operator who approached a checkpoint opposite the General Post office in the capital city and was stopped by the taskforce officers.

It was discovered that one of his passengers was not wearing the mandatory face mask.

She was said to have hurriedly searched for it from his bag before the team attacked the Keke rider for carrying a passenger allegedly violating COVID-19 safety protocol.

The officers directed the Keke operator to take the vehicle to the local council headquarters and as he was still asking the taskforce member to take it easy, he received a deadly blow on his face, with three other punches coming simultaneously before the victim lost his balance and slumped lifelessly on the road.

The scenario attracted passersby who gathered to see the end of the Thursday afternoon drama while the attacker fumed in his rage over what he saw as belittling by the tricycle operator.

But when it became obvious that the Keke Operator may not be coming back so soon, the crowd became violent and insisted that the task force staff single-handedly convey his victim to hospital.

In the melee that ensued, the irate mob started manhandling the taskforce staff who after taking the heat for a while, made well his escape after taking to his heels and running into the council headquarters.

CHECK IT OUT:  Don’t Date A Guy For More Than 14 Days – Marriage Counsellor, Lutterodt