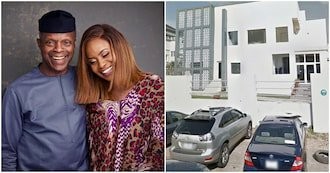 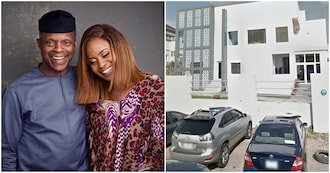 An Abuja property owner, Ayuba Musa, has dismissed a report claiming that the vice-president’s daughter, Kiki Osinbajo, owns the property on Durban Street, Wuse 2, which is allegedly worth N800m.Musa who is the landlord of the property housing GLAM’D Africa, the company of Kiki Osinbajo, faulted the report which was posted on social media by Jackson Ude, a New York-based blogger, The News Agency of Nigeria (NAN) reported.

The landlord, in a disclaimer signed on Friday, July 10, in Abuja, said the property was never, at any point in time, sold to the vice president’s daughter or to anyone.

Musa said all documents on the house were still carrying his name. He challenged anyone doubting his ownership of the property to check with the FCT authorities.

The landlord explained that Osinbajo’s daughter has been his tenant since April 12, 2017.