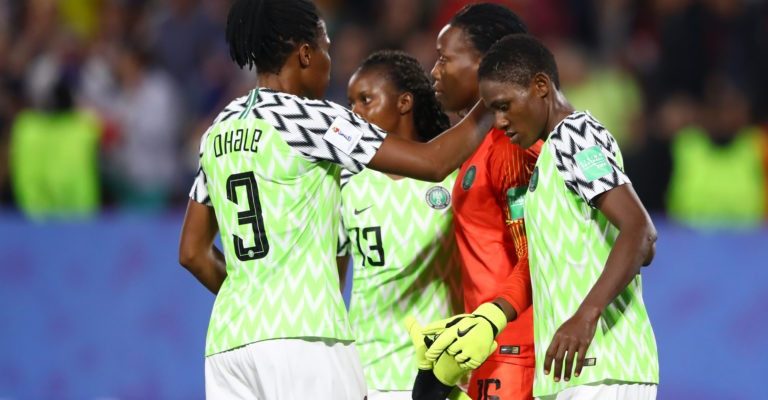 The women’s team of Italian Serie A side, AS Roma, has announced the signing of Super Falcons star, Osinachi Ohale.

Roma Women took to their Twitter account to announce the capture of the 28-year-old. Ohale was part of the Super Falcons that reached the second round of the 2019 FIFA Women’s World Cup.

It was Tacon’s first season in the Spanish Primera Iberdrola, and Ohale helped them to a 10th place finish as the league was cancelled due to coronavirus.

Following the league cancellation, the former Rivers Angels star announced she would be leaving Tacon, although her next destination was not revealed.

Nonetheless, her move to Roma ends all doubts concerning her future. Le Giallorosse finished 4th in the Serie A Women table last season, but Ohale would be hoping her arrival will spark a title challenge this campaign.

CHECK IT OUT:  Father Kills His 14-Year-Old Son For Being Gay And Having A Boyfriend (Photo)