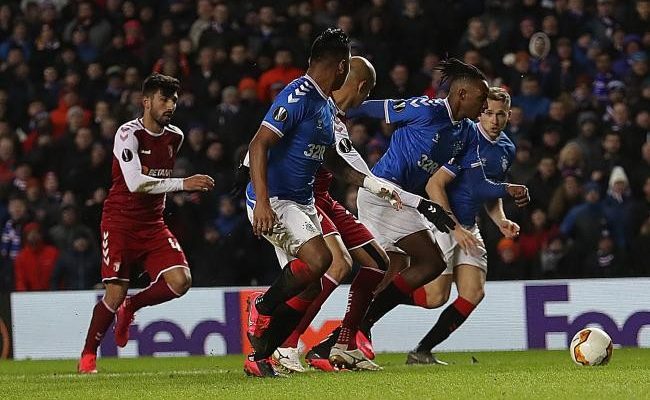 The Super Eagles star joined Rangers at the start of last season, but he turned out to be one of the club’s best players

Joe Aribo’s impressive performances last season have been rewarded as he was named Rangers Young player of the season, while he also picked up the club’s goal of the season.

Aribo joined Rangers on a free transfer from Charlton last season, and he did not take long to settle in at the Ibrox stadium.

The 24-year-old scored his first goal on his home debut- a Europa League qualifying win over St Joseph’s FC. He backed up the performance with another goal against FC Progrès Niederkorn the following week.

Overall, Aribo made 48 appearances in all competitions for Rangers, scoring nine times and registering eight assists.

His brilliant campaign has not gone noticed as he was voted the club’s Young Player of the Season. Aribo’s excellent effort in Rangers Europa League win over Braga in the Round of 32 was also picked as the club’s goal of the season.

Young player of the season

Goal of the season

Aribo has continued in the same vein, scoring in two of Rangers pre-season friendlies ahead of the Scottish Premier League opener against Aberdeen this weekend.

CHECK IT OUT:  Clubs Order UEFA To Make Changes To Champions League (See Them)