Posted By Udokabestluv On August 1st, 2020 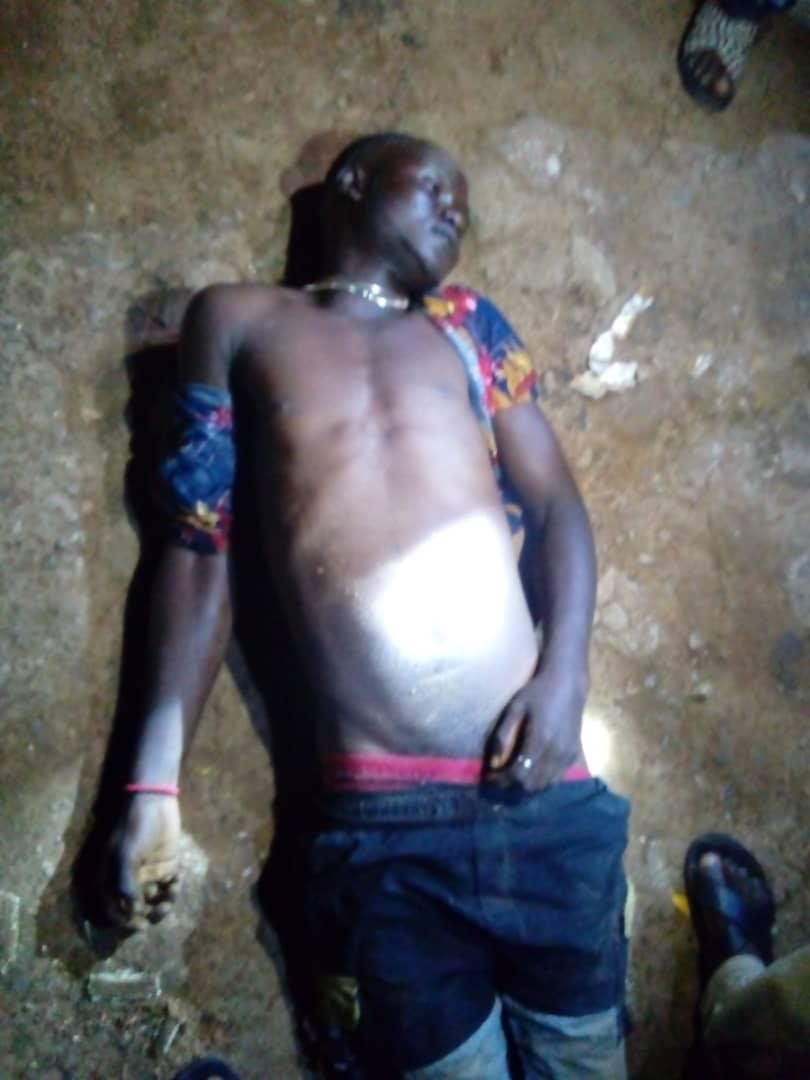 Loading...
A young man identified simply as Kingsley, was allegedly shot dead by operatives of the Department of State Services (DSS) from FCT Command, Abuja.

Igbere TV gathered that Kingsley was trying to rescue a male drunk, Tuesday, near a shop opposite the DSS quarters, Sharp Corner, Mararaba.

The incident led to uproar by some residents of the community in Nasarawa State, who expressed dissatisfaction over the killing of the young man.

The deceased was said to have been shot while trying to resuscitate the drunk but was quizzed by the DSS operatives in the process.

Argument was said to have ensued between Kingsley and the DSS operatives. Despite pleading innocent, the operatives refused to let him go.

He was said to have been chased from the spot where the drunk was to Ebenezer Primary School, before he was shot from behind.

An eyewitness, who pleaded anonymity, confirmed the incident to Igbere TV Friday morning. He berated the DSS operatives for killing the young man.

“I and some others who were at a provision shop saw what was happening and quickly explained to the DSS operatives that Kingsley was only trying to help the drunk man,” he said. CHECK IT OUT:  "SARS Officers Are Not Eligible To Join SWAT" - IGP Adamu