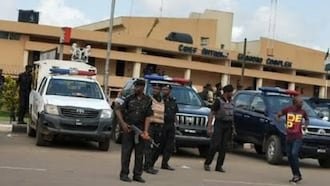 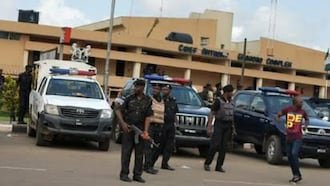 The political development in Edo state is getting intense as the south-south state prepares for the September governorship election.

A report from Channels TV indicates the police the state’s House of Assembly complex has been taken over by the police.

It was gathered that dozens of the security officials stormed the complex in the early hours of Thursday, August 6, while patrol vehicles were stationed there.The police reportedly took the action following a reported threat of an attack on the facility.

The police officers were led to the assembly by a Deputy Commissioner of Police (Operations), Ayoola Ajala.