Austrian Star Says Iheanacho Would Be His First Pick To Take A Decisive Penalty - NaijaCover.Com
Skip to content 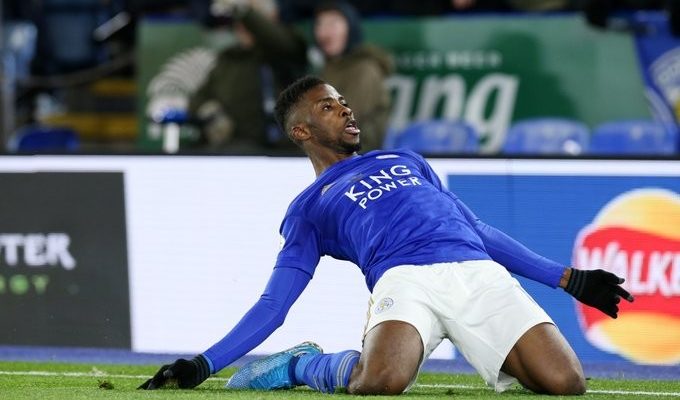 The Nigerian international is not the number one penalty taker for club or country, but he is good from the spot according to one of his teammates

Austrian left-back Christian Fuchs has revealed he would choose Iheanacho ahead of any other player to take a crucial penalty.

Iheanacho is not in charge of taking penalties at club and country level with the role reserved for Jamie Vardy and Victor Osimhen respectively.

But Fuchs insists the Nigerian would be his number one taker- a view which was shared by Iheanacho’s international teammate, Wilfred Ndidi.

In a video uploaded on the Foxes Twitter page, Fuchs, Ndidi and Perez were asked some questions about their teammates, one of the questions that came up was their number one choice for a penalty kick.

Fuchs then backed Ndidi’s answer, saying he would go with Iheanacho.

“He scares the weights!”

However, Ayoze Perez appeared to be baffled as he has never seen Iheanacho taken a penalty before.

“When is he even taking penalties, man? The former Newcastle star asked to which Fuchs replied; “Unbelievable, best penalty taker I’ve seen.”

Leicester finished fifth in the just concluded Premier League season, missing out on a place in the top four on the final day.

CHECK IT OUT:  Man Control His Car Steering With His Leg During Motion (Watch Video)